Welcome to the details of our technological and scientific challenges for Laundry and Home Care products.

If you have a proposal or solution, please send this to us.
In the case that you prefer to get in personal contact with us, please let us know.

Thank you for your interest in helping us solve our challenges and improve our products.

Improved stain removal on fatty stains compared to benchmark ‏(test are carried out in washing machines):

Primary and secondary performance in full detergent formulations comparable or better to LAS:

Aim of this technology quest is to keep enzyme performance in such products at an acceptable level while adding bleach performance ‏(tea, red fruit, coffe, curry stains), the overall stain removal performance must be significantly better than that of a current liquid detergent in washing machine trials.

Active oxygen, gas formation and enzyme activity will be monitored over time in such a formulation as well as application tests.
Storage tests will be carried out over enhanced times under challenging conditions. Enzymes relevant in this field are proteases, cellulases, amylases and lipases. A desired application pH will be > pH7 on dilution with water.

If a successful technology can be identified a large market volume worldwide for liquid detergents is accessible.

Cleaning performance on burnt-in soils will be measured on standardized soils in defined dish-washers applying a 1-10 scale.
New approaches should lead to an additive which can be stably incorporated in common automatic dishwashing (ADW) products. The end product should have an improved cleaning performance on burnt-in soils of minimum 2 scale units versus best multi-functional ADW product on the market as a benchmark.

Overall cleaning performance (IKW test) may not be influenced negatively.
Secondary performance (like spotting, filming, drying, scale inhibition) has to be kept al least on the same level.

The new approach or respective additive must be in line with detergent regulations and safety and health requirements especially regarding food contact.

Visual proof of performance of cleaners

In buckets, a clouding ‏(blooming) effect is desired such as the "ouzo effect" where ingredients insoluble in water produce a white-coloured milky emulsion of oil droplets when diluted with water during use.

We are looking for substances, other than chloroxylenol or pine oil, exhibiting this blooming effect upon dilution.

In spray applications, a color change of the foam is desired to give an indication to the consumer when to wipe or rinse off the cleaner.
Here we are looking for colorants which exhibit a change of colors several minutes after the product has been applied on the surface. We are looking for colorants that show a color shift when reacting with carbon dioxide from the air, or for other triggers than carbon dioxide under acidic conditions.

In the 30th ATP-list decided in March 2007, boric acid is classified as reprotoxic group II with maximum dosage of 5% in detergent products. Therefore, boron-free protease stabilizers would mean independence from all regulations for boric acid.

Target is to find alternative boron-free protease stabilizers exhibiting a similar or even better stabilizing effect than boric acid. 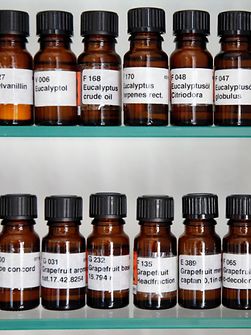 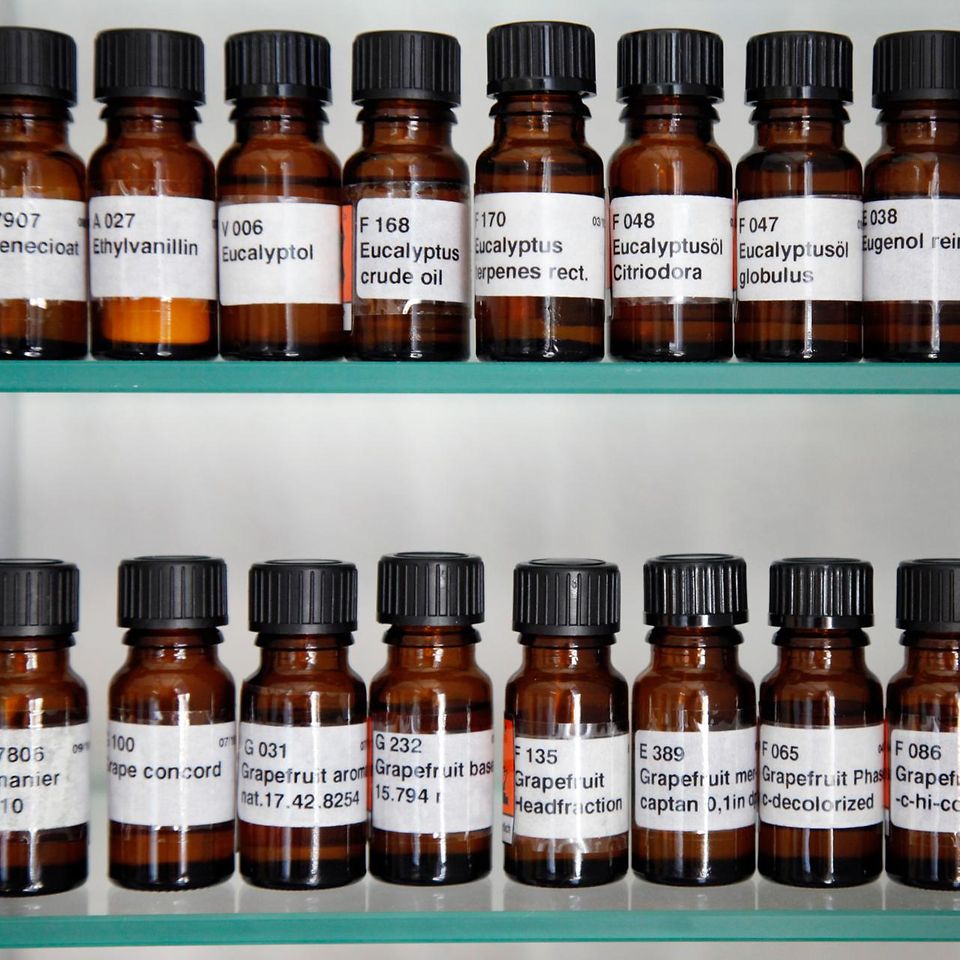 Fragrance precursors usually consist of an olfactorily inert moiety which is covalently bound to the fragrance part of the molecule.
Bond cleavage and thus release of the fragrance can be triggered e. g. via humidity/pH, light, temperature, enzymes or oxidation. Generally, mild cleavage conditions are required which fit to usual conditions in the field of laundry and home care.

For cost reasons, a high content of fragrance with respect to the total mass of the fragrance precursor is preferred.
Fragrance precursors must be sufficiently stable in laundry and home care product formulations and should consider ecotox and toxicological requirements as fragrance chemicals in general. Long lasting effects are measured by analytical means or via olfactory assessment after respective application.

For benchmarking we compare the odor intensity of the precursor after certain evaluation times ‏(up to one week) against the unbound fragrance chemical or state-of-the-art fragrance precursor technologies, respectively.

In general, powder dosing technology with high accuracy is state-of-the-art.
However, dosing of powders into conti processes (similar to a tube reactor / all raw materials are dosed continuously and exactly according to the recipe into the reactor) is often limited due to the undesired introduction of air.

Moreover, powder dosing systems could block during operation, if powders get sticky due to contact with the liquid ingredients – e. g. hygroscopic powders or water soluble polymers. Obvious technical solutions could be 2-step processes:

However, we like to avoid additional process steps and are looking for a dosing device, respecting high dosing accuracy, air-free powder introduction and high technical reliability.

Esterquat-based Fabric Softeners consist of aqueous dispersions of cationic surfactants, containing (besides other ingredients) perfume oils and electrolytes. Final products usually have pH values in the range of 2-4.
The use of commercial polymer thickeners is limited for such kind of systems – they are quite expensive and / or high technical effort is required for activation and homogenization.

We are searching for a cost-effective thickening agent for such kind of formulations which can be used in batch processes as well as in continuous processes respecting moderate temperature conditions ‏(< 40°C). High shear forces should be avoided.

Production of viscous and air-free products

Currently the liquid detergentia at Henkel are produced in a mixture of batch and conti process.
The so called masterbatches are produced in batch and they are normally low viscous and self degassing. The formulations are finished in a continuous plant and are pumped directly to the filler (without any storage).

In case of viscous finished products even the masterbatch is already viscous and contains air. As the preparation of the final bulk in the conti plant should follow immediately, the time foreseen in the process to degas this masterbatch is short.

We are looking for solutions, which can avoid the air input in the masterbatch or which can avoid or eliminate the air ‏(chemical & technical solutions) before entering the continuous post addition plant.