"2012 was the most successful year for Henkel so far: we achieved excellent results in a highly volatile and competitive market environment and met or exceeded all financial targets,” said Henkel CEO, Kasper Rorsted. “All three Henkel business sectors showed profitable growth with expansion of market shares in their relevant markets. We also delivered on the ambitious financial targets we set in 2008 for the period up to 2012. We have substantially strengthened Henkel’s competitiveness, establishing a strong foundation for our future growth.”

Looking at fiscal year 2013, Rorsted said: “The strong dynamics and high volatility in our markets will persist. Although Henkel is well positioned, we will continue to further simplify and improve our processes in order to respond to changes faster than our competition.

We expect organic sales growth for the full fiscal year to be between 3 and 5 percent. We also expect to increase our adjusted EBIT margin to around 14.5 percent, and improve adjusted earnings per preferred share by around 10 percent.”

In a challenging economic environment, Henkel’s sales grew to 16,510 million euros in fiscal year 2012, an increase of 5.8 percent versus the prior year. Organic sales, which exclude the impact of foreign exchange and acquisitions/divestments, rose by 3.8 percent, driven by both price and volume.

The financial result improved by 14 million euros to –141 million euros, as a result of the decrease in net debt and lower interest rates. Foreign exchange also had a positive effect. The tax rate was 24.4 percent compared to 26.0 percent in the prior year.

The ratio of net working capital to sales underwent a further improvement, ending the year at 5.2 percent, 2.1 percentage points below the level at the end of 2011. Net debt as of December 31, 2012, decreased substantially to 85 million euros (December 31, 2011: 1,392 million euros). Free cash flow was more than doubled to a new record high of 2,023 million euros.

Laundry & Home Care reported an organic increase in sales of 4.7 percent for the year under review. Growth was thus significantly above that of its relevant markets. Nominally, sales rose 5.9 percent to 4,556 million euros for the year, with all regions contributing to the positive business performance.

Business performance was particularly successful in the emerging markets, with Asia ‏(excluding Japan) standing out through strong double-digit growth thanks to substantial expansion of business in China. The Africa/Middle East region likewise posted double-digit sales growth, and there were also sales increases in the mature markets.

Business performance in North America was particularly gratifying. Sales in Europe remained at the 2011 level despite the euro crisis and adverse economic developments in Southern Europe.

Adjusted operating profit increased significantly by 6.8 percent versus the prior year, to 514 million euros, the business sector’s highest earnings figure to date. As a result, adjusted return on sales rose by 0.3 percentage points to 14.5 percent, likewise reaching a new high. Reported operating profit rose year on year by 2.6 percent to 483 million euros.

Adhesive Technologies likewise continued its profitable growth in 2012. Despite economic activity slowing overall during the course of the year, sales increased above the 8 billion euro mark for the first time, reaching a new high of 8,256 million euros. Organic sales growth was 3.6 percent, with ongoing portfolio alignment toward innovative customer solutions being a key factor in this solid performance.

Strong sales growth was again recorded in emerging markets, the Africa/Middle East region accounting for the largest increase with sales growth in the double-digits. Sales performance was positive overall in the mature markets, with especially large contributions from North America. The strong sales growth generated there more than compensated for the effects of the negative economic conditions in Western Europe, particularly in the countries of Southern Europe.

Sales generated by the emerging markets of Eastern Europe, Africa/Middle East, Latin America and Asia (excluding Japan) increased nominally by 9.3 percent to 7,115 million euros in the reporting period. Organic sales growth was 7.8 percent, with all business sectors contributing. The share of sales from emerging markets climbed from 42 to 43 percent.

Outlook for the Henkel Group 2013

Henkel expects to generate organic sales growth of 3 to 5 percent in fiscal year 2013, and expects each business sector to generate organic sales growth within this range. In recent years, Henkel has introduced a number of measures that have had a positive effect on its cost structure. Also in this year, Henkel intends to continue adapting its structures to constantly changing market conditions and to continue its strict cost discipline, especially in administration. By optimizing and standardizing its processes and continuing to expand its shared services, Henkel can pool activities and thus further improve its own efficiency while at the same time enhancing the quality of its customer service. Moreover, the optimization of its production and logistics networks will help to improve cost structures. These factors together with the expected increase in sales will have a positive effect on earnings performance. Compared to the figures for 2012, Henkel expects adjusted return on sales ‏(EBIT) to increase to around 14.5 percent ‏(2012: 14.1 percent), and that all business sectors will contribute to this improvement. Henkel further expects adjusted earnings per preferred share to increase by around 10 percent. 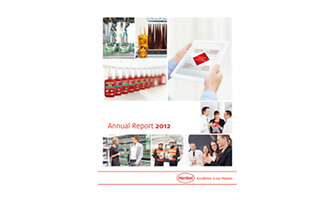 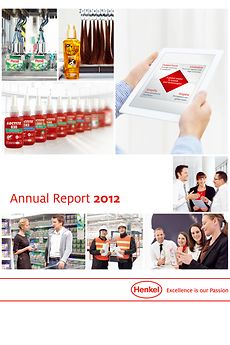 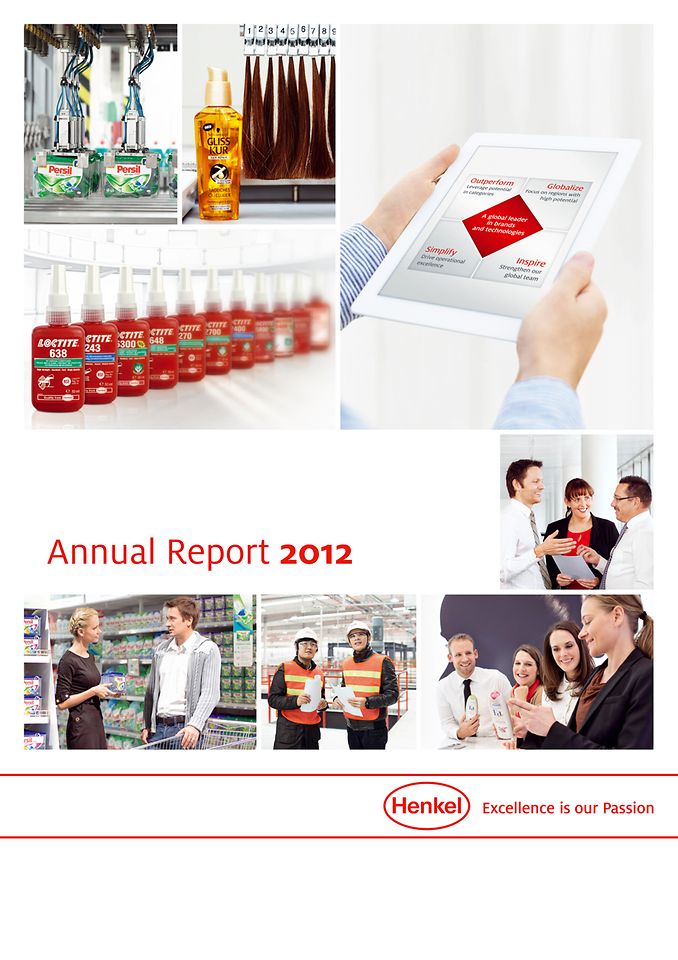 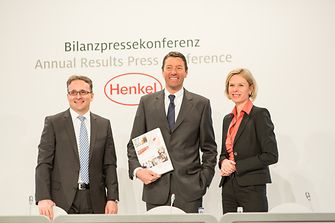