Visitors to the Xylexpo trade fair being held in Milan, Italy, from May 13 to May 17 will see a number of production innovations developed by Henkel. Experts of the Adhesive Technologies business unit will be on hand at the stands of partner companies to present new processes for the furniture industry there.

High-gloss panels are very much in vogue, and not just in the furniture industry. Together with Cefla, Henkel first presented its “Fusion Coating” process, a new and innovative surface coating concept for the manufacture of such laminates, back in fall 2013.

In fusion coating, the UV-curing hotmelt Technomelt CHS 370 UV is applied directly to the melamine faced wood-based panel where it acts as a primer for one or several further coats of lacquer that ultimately create the desired high-gloss effect. Thanks to its good adhesion on melamine, its flexibility and its ready compatibility with UV lacquers matched to the system, Technomelt CHS 370 UV provides the ideal basis for the creation of high-gloss finishes. And fusion coating is also less costly than the lamination of high-gloss films on wood-based panels.

Henkel is marketing the fusion coating process together with the Italian finishing line constructor Cefla Group. And Cefla is presenting “Fusion Coating” in its latest version at its Xylexpo stand in Hall 3.

Henkel is also offering further information in relation to its UV-curing hotmelts with Technomelt CHS 395 UV for edge sealing applications. This enables furniture manufacturers to elevate the 2D process – in which the top surface and narrow edge are laminated with a finishing film in one operation – to a new level in terms of both quality and process speed. The innovative UV hotmelt offers significantly faster curing and can thus be processed even more rapidly in the machine. Feed rates of up to 100 m/min have already been achieved in standard production applications. Technomelt CHS 395 UV is also significantly more thermostable ‏(to over 100 degrees Celsius) than previously used EVA-based hotmelts, and creates a harder surface combined with a better moisture barrier.

The product can also be used in existing production lines. However, the process stages may also be delinked if required. Its use has been optimized in conjunction with the reacTec process. The edge seal quality achieved with Technomelt CHS 395 UV means that furniture manufacturers now have more flexibility when selecting engineered wood board, without any detriment to the appearance of the finished product.

Henkel is also presenting high-performance adhesives for surface laminating at Xylexpo in collaboration with other project partners, as in the case of the reacTec process which it is marketing in harness with woodworking machine constructor Homag and applicator manufacturer Nordson.

For the surface lamination of decorative finishing films, Henkel developed a hotmelt adhesive based on a new range of polymers, the formulation of which is free from water, solvents and formaldehyde. It produces an excellent surface hardness and offers exceptionally high thermal resistance values. However, as this adhesive has virtually no open time ‏(i.e. the time window during which adhesive bonding remains possible), a new process was developed in harness with project partners Homag and Nordson: reacTec – a kind of hot sealing process in which this especially developed hotmelt produces an excellent and highly resilient surface.

Now that the first reacTec machines manufactured by Homag have entered into productive service, customers have increasingly expressed the wish that the technology be extended to cater for decorative laminates other than just decorative finishing film – an application for which the Henkel adhesive Technomelt CHS 700 was originally conceived. This led to the development of Technomelt CHS 710, which offers particularly effective results in conjunction with PP films and also thin CPLs.
Information on the reacTec process is available at the Homag stand in Hall 3.

Thanks to new processes developed for narrow face and edge coating, the issue of “edge quality” has resurfaced as an industry focus. With the edge banding hotmelt adhesives of Technomelt PUR series, it is possible to achieve particularly high-quality and high-resilience bonding results. Henkel is able to offer a comprehensive range of PUR adhesives, including non-hazardous, label-free MicroEmission variants, and products in granulate form enabling immediate application without further investment outlay.

Particularly high-quality results can be achieved with the adhesives of the Technomelt PUR range. They significantly exceed the bond strength values of traditional EVA adhesives, and their thermostability and moisture-resistance values are substantially superior to those of other processes. Even the coveted zero bond line can be achieved with Technomelt PUR hotmelts.

Henkel is a major adhesives manufacturer in Italy, with Henkel Italia SpA having been established back in 1965. Through the acquisition by Henkel of National Adhesives in 2008, the company was able to tap into further Italian roots. The Italian adhesives manufacturer Bassi Marchini & Co. was taken over by National Adhesives in 1966, as was Collanti Avanzini in 1988, both of which were successfully incorporated within the internationally successful company.

With a strong presence in the stands and booths of its project partners, Henkel is underlining the importance of the Italian market for the woodworking industry, and thus also for its own business interests. 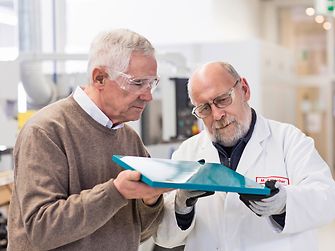 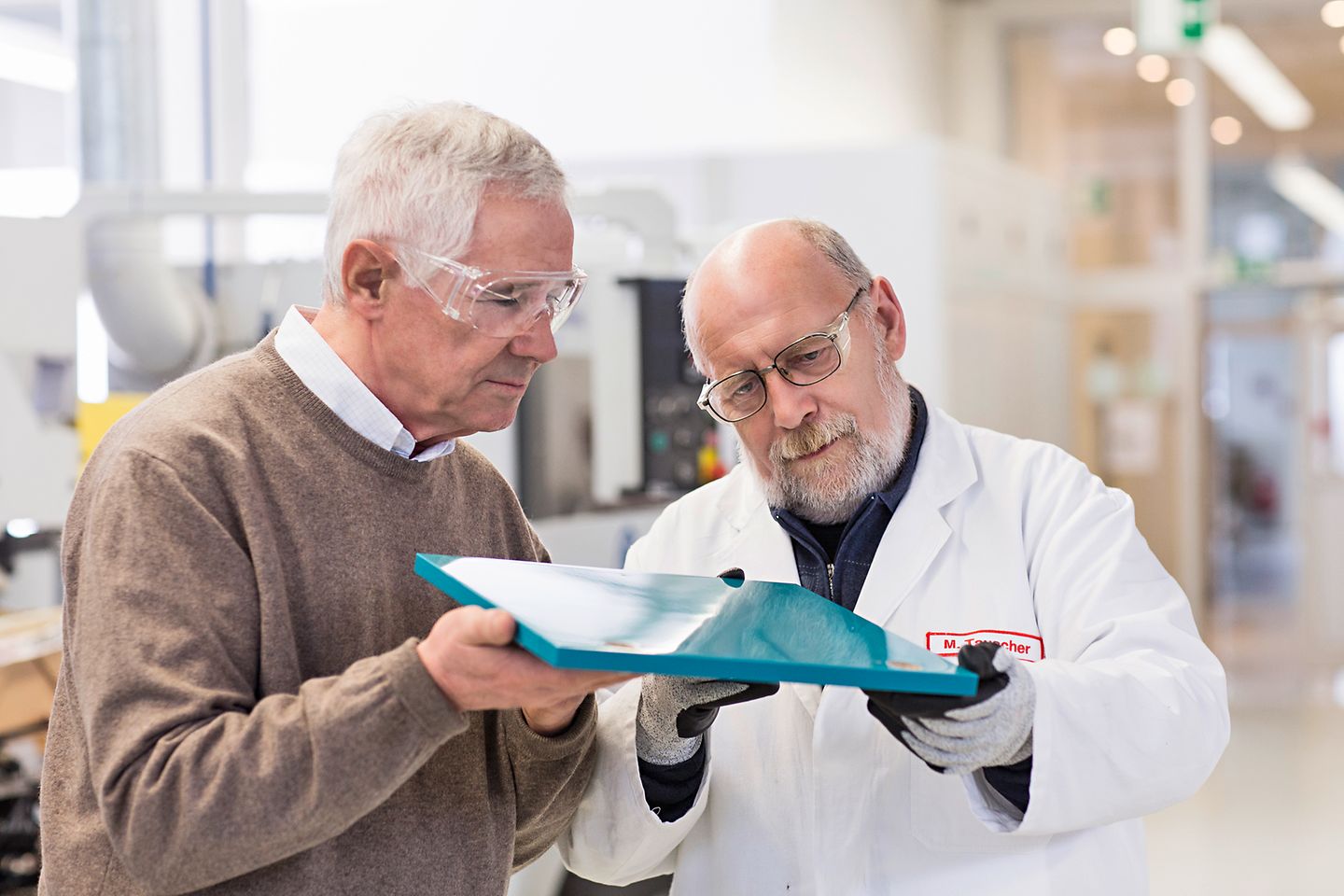 High-gloss panels are very much in vogue, and not just in the furniture industry. Now Henkel has developed the “Fusion Coating” process to facilitate their manufacture.

High-gloss panels are very much in vogue, and not just in the furniture industry. Now Henkel has developed the “Fusion Coating” process to facilitate their manufacture. 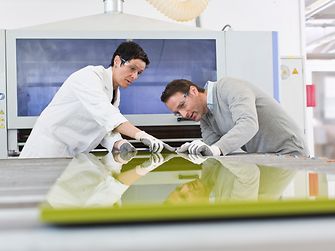 In fusion coating, the UV-curing hotmelt Technomelt CHS 370 UV is applied directly to the melamine faced wood-based panel where it acts as a primer for one or several further coats of lacquer that ultimately create the desired high-gloss effect.

In fusion coating, the UV-curing hotmelt Technomelt CHS 370 UV is applied directly to the melamine faced wood-based panel where it acts as a primer for one or several further coats of lacquer that ultimately create the desired high-gloss effect.