Adhesive-Bonded Roof for an Elephant House

From a distance, the curvaceous, sweeping construction looks like an over-dimensioned tortoise shell. Somehow fitting for a zoo, you might think. Seen close up, however, it soon becomes clear why the construction industry is gazing with fascination in Switzerland’s direction.

With a span of more than 80 meters, the almost round timber shell covers the Thai elephants’ new home at Zurich Zoo. Weighing around 1,500 metric tons and with an area in excess of 6,000 square meters, the roof is as big as a football field.

It is the core component of the “Kaeng Krachan Elephant Park” complex built last spring at a cost of around 34 million euros. In truth, it is an oversized puzzle made up of overlapping cross-laminated timber ‏(CLT) panels. This innovative construction technology is the result of development work carried out some 15 years ago with adhesives of Henkel’s Purbond brand – now rebranded “Loctite Purbond” – in collaboration with European timber product suppliers.

With this process, softwood boards measuring up to four meters wide and 15 meters in length are glued over their full face with single-component solvent- and formaldehyde-free Loctite HB Purbond adhesive and then assembled crosswise to create panels of up to seven plies in thickness. An individual CLT – sometimes referred to as “glulam” – element can be as much as 30 centimeters thick. The timber roof is held together by around eight metric tons of adhesive in all.

The CLT panels were also chosen because, as a construction material, they are easy to make up and then cut to the required shape. In this project, this was an essential prerequisite with the huge panels being slightly bent under high pressure and then precisely integrated within the roof’s envelope.

Over the last ten years, the cross-laminated timber construction method has become exceptionally popular. Firstly because of the use of timber as a natural, renewable and thus sustainable building material: Its benefits include the fact that its production causes no CO2 emissions and, irrespective of the original application, any components at the end of their service life can be reused in other ways, even after many years.

Secondly, it scores high in terms of both structural reliability and cost-efficiency. “Compared to any concrete solution, you have the advantage with cross-laminated timber that there is absolutely no drying time to worry about,” says Walter Stampfli, General Manager for the Loctite Purbond brand. “This radically reduces building time, with immediate bottom-line benefits for the developer.”

These benefits too have become widely talked about. As have the reference projects that Henkel has successfully seen implemented at locations scattered all around the globe. In Germany, for example, the list includes the first wind turbine mast made entirely of timber ‏(and known commercially as the TimberTower) near Hannover, a self-supporting stairway construction at the University of British Columbia in Vancouver, Canada, and in Melbourne, Australia, a recently constructed nine-storey apartment building. All the structurally relevant and load-bearing elements such as the walls, floors and ceilings were built from cross-laminated timber.

“We are strongly represented in New Zealand, South Africa and Europe,” says Stampfli as he further expounds on the burgeoning demand for Loctite Purbond adhesives and expertise. “And we are gaining momentum in Russia, the USA and Canada. Right now, we are also working on getting our technology also approved in Japan.”

The roof project is also bound to have a positive effect on the award of further projects worldwide, Stampfli is sure. “Even now, the entirely donations-funded construction of the elephant house is generating huge waves throughout the entire construction industry,” comments the Swiss-born timber adhesive specialist. “Not only because of its spectacular design but also as a structural solution offering innovative load and force distribution patterns. So this is another ground-breaking project destined to positively influence the future development of this advanced glulam timber building method.” 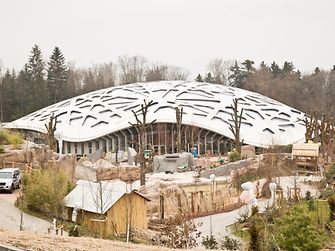 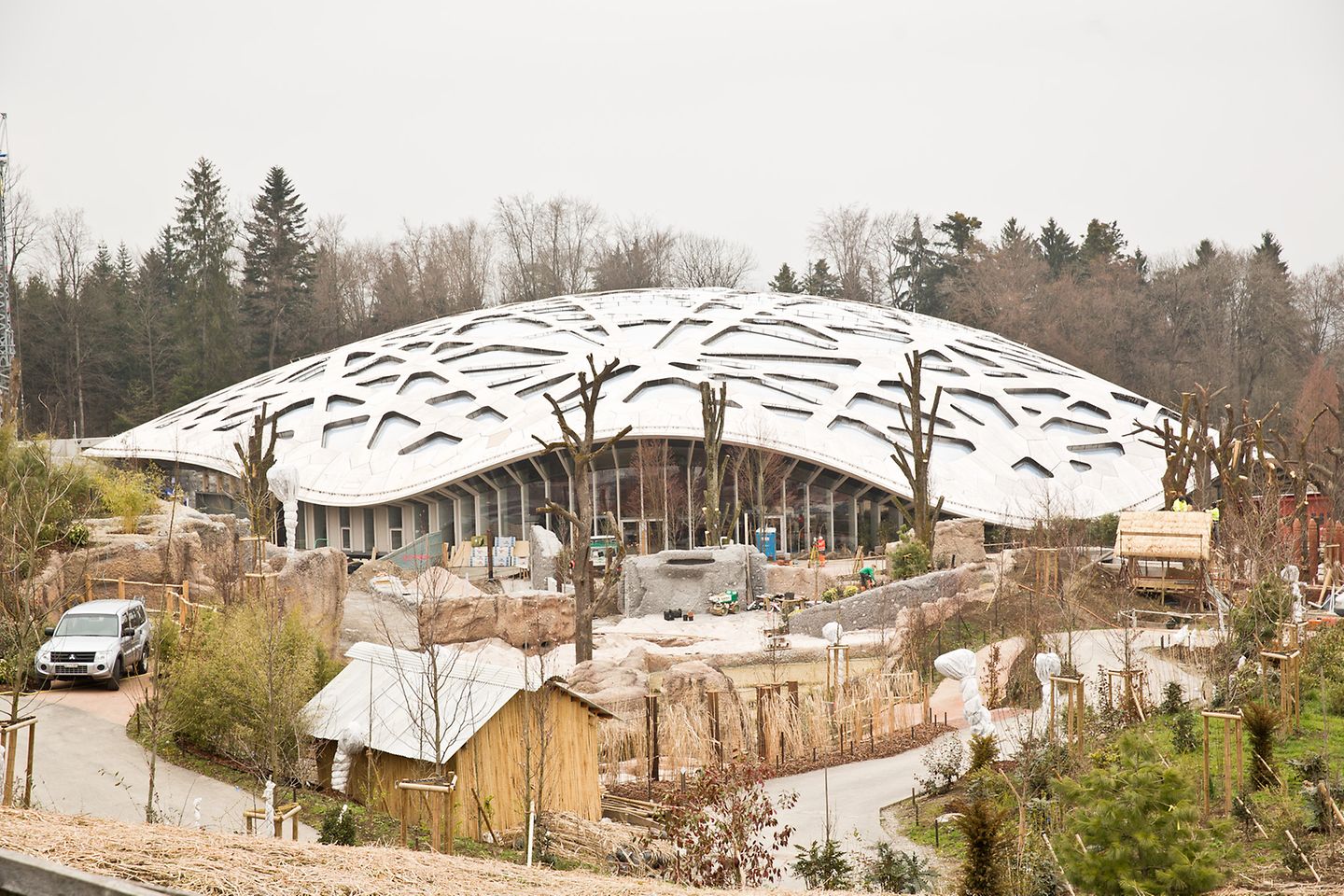 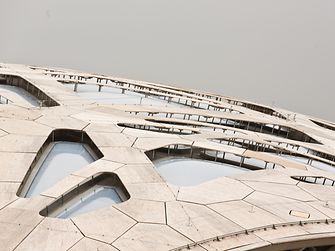 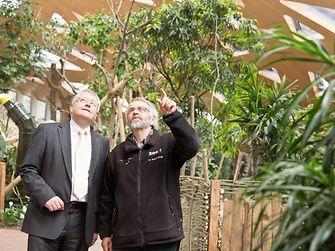 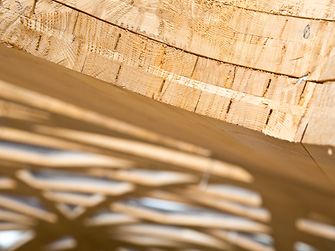 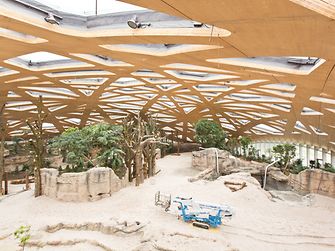 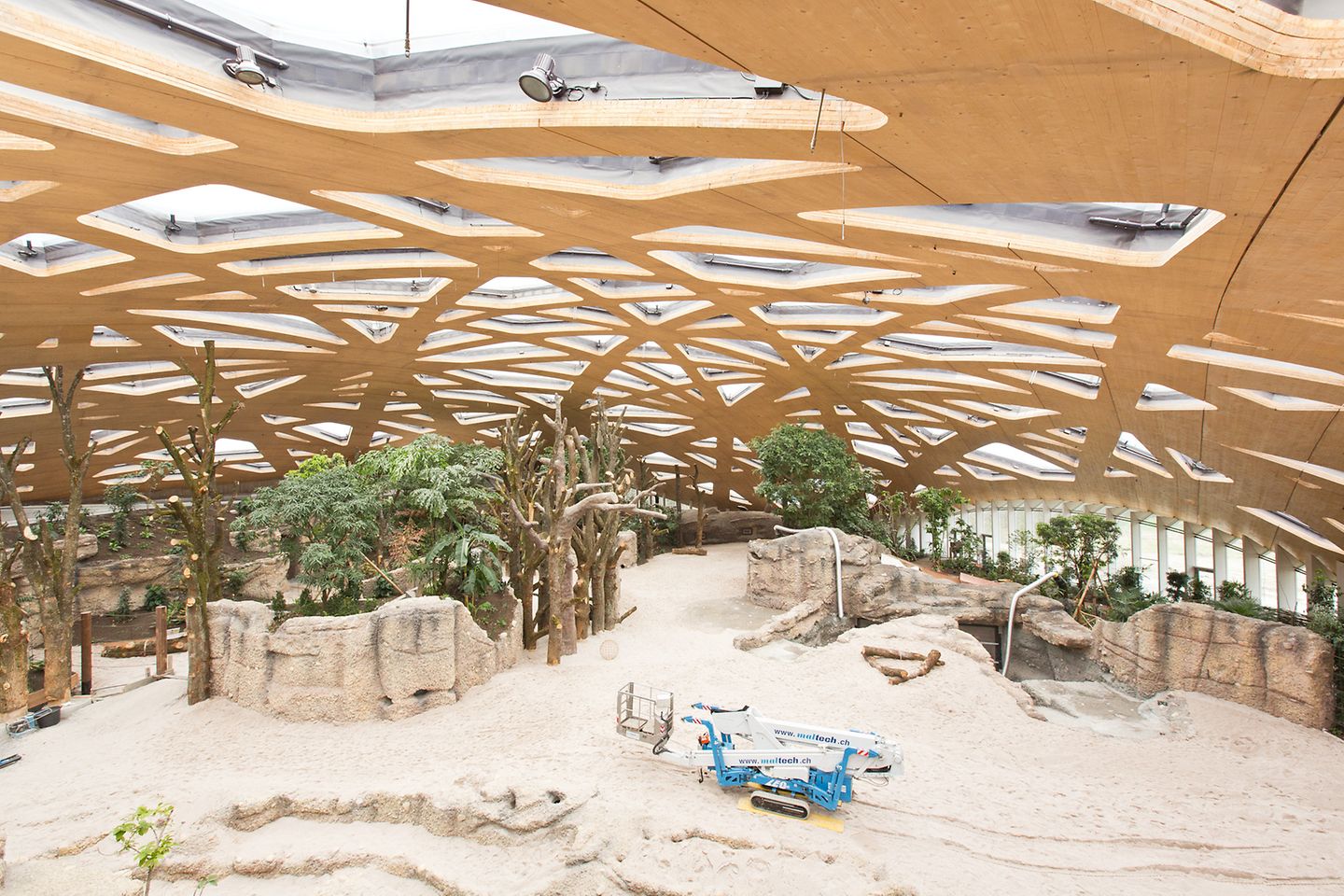 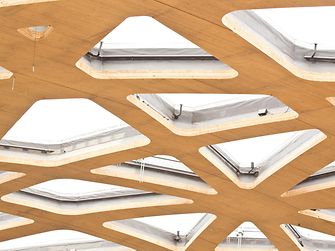