Sponsorship of the German Soccer Association

Henkel and the DFB will join forces. “Pursuing excellent performance with passion is what connects the DFB and Henkel. This is why we are so happy about the partnership. A strong team is the basis for success. Be it on the soccer field or in the economy,” says Henkel CEO Kasper Rorsted.

The DFB also appreciates the partnership with Henkel. “With Henkel and the German Soccer Association, strong and motivated teams that stand for dynamism, success and reliability come together. This partnership unites two top performers “made in Germany”, who both are internationally successful and enjoy a great reputation worldwide,” explains DFB General Secretary Helmut Sandrock.

Henkel will actively support the DFB in various ways, specifically by supporting the women’s national team as a Premium-Partner. “Women’s soccer has gained more and more importance in the last few years. We have a great team that plays at the highest level internationally. I am therefore particularly happy about Henkel becoming a Premium-Partner and supporting women’s soccer,” says Steffi Jones, DFB Director for women’s and girls’ soccer.

Besides the positioning on the local German market, the partnership will also promote the international positioning of the corporate Henkel brand and product brands within the consumer and industrial businesses. Henkel is one of the strongest global companies in the DAX with more than 80% of its sales generated abroad. 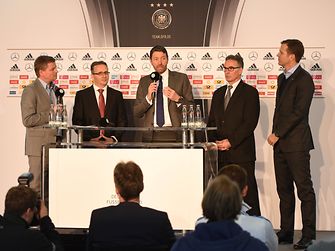 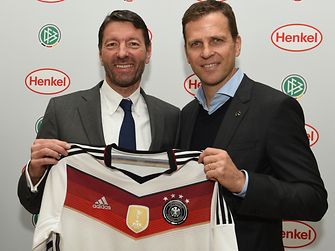 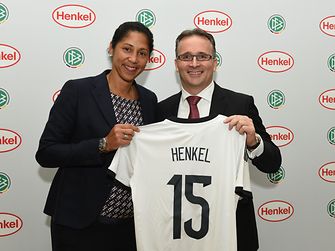