Sky’s getting busy: Boeing and Airbus forecast a worldwide demand for up to 40,000 new aircrafts over the next two decades. With a 10-year production backlog and new aircrafts increasingly counting on lightweight composites, both Henkel’s expertise in process automation and its high-impact solutions for the aerospace industry are in high demand.

Growing middle classes and increasing wanderlust in emerging countries, a positive economic outlook and ceasing travel restrictions all over the world: Current developments are promising for the aerospace industry. By 2035, the world’s commercial air fleet will have doubled. Airlines will need tens of thousands of new planes – not just to enlarge their fleets, but also to replace aircrafts which no longer meet modern technical and sustainability demands.

“With a current five-digit backlog, there’s an enormous pressure on major manufacturers to fulfill market needs,” says Chuck Evans, Henkel Corporate Senior Vice President for Aerospace. “We’ve honed our aerospace expertise over more than 40 years and serve all major OEMs. With our know-how, we help them increase production efficiency – and the trend towards ever-lighter, more efficient and more comfortable aircrafts will drive demand for Henkel products such as structural adhesives.”

Henkel is listed in thousands of aerospace specifications, and every large aircraft manufacturer worldwide uses Henkel adhesive products. Henkel also directly serves Original Equipment Manufacturers ‏(OEMs) and suppliers as a partner with high-impact solutions for metal pretreatment and applications for structural adhesives. The aerospace portfolio includes state-of-the-art solutions for structural assembly – including adhesives and resins for the fabrication of metal, composite, and honeycomb structures – and metal surface treatment.

Investment in production expansion in Spain

To serve this growing demand for high-impact solutions in the market, Henkel has started the construction of a new production facility for aerospace applications at the its site in Montornès del Vallès (Montornès), Spain. The facility will include new buildings and equipment for additional production and warehouse capacities and will further support the key trends in the industry such as light weighting and automation. Due to the proximity to several sites belonging to global key customer Airbus, Montornès will become Henkel’s European hub for the aerospace industry. 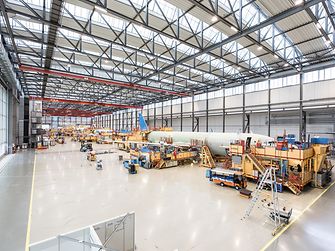 Henkel is supplying its high-impact solutions for numerous applications to every large aircraft manufacturer worldwide.

Henkel is supplying its high-impact solutions for numerous applications to every large aircraft manufacturer worldwide. 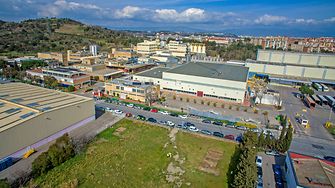 With the construction of its new production facility in Montornès, Spain, Henkel will support the increasing demand for modern aircrafts.

With the construction of its new production facility in Montornès, Spain, Henkel will support the increasing demand for modern aircrafts.