Henkel is publishing its Sustainability Report for 2013 today. The report details the important environmental and social progress made by the company over the last year. One key aspect is the active involvement and training of employees worldwide. This 23rd report also highlights sustainable product innovations. These efforts are always aligned to the long-term goal of the company: to triple its resource efficiency by 2030. 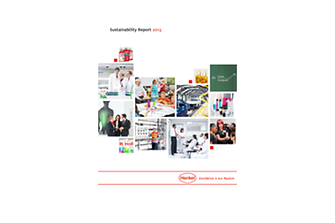 Two years ago, Henkel presented its Sustainability Strategy, outlining the company’s long-term goal of achieving more with less, and increasing resource efficiency by a factor of 3 by 2030. In pursuit of this ambitious goal, Henkel continued to focus on creating solutions for sustainable development last year. These include innovative products, joint projects with partners from the community, industry, and the political world, and numerous sustainability initiatives involving around 47,000 employees worldwide. “The examples featured in the Sustainability Report show that we are on course to meet our targets,” noted Kathrin Menges, Executive Vice President Human Resources and Chair of Henkel’s Sustainability Council. “Our employees’ understanding and commitment to sustainability are the key factor in our success. Which is why we have thoroughly integrated issues of sustainability into our in-house training programs and will continue to do so.”

These programs include workplace safety as well as special advanced training programs for management trainees in emerging markets. The “Sustainability Ambassadors” program was one of the most important training initiatives in 2013. The program gives Henkel employees skills to competently convey the importance of sustainability to their co-workers, suppliers, customers, and consumers, and to school children as well. Since the start of the program in 2012, Henkel has trained around 1,500 sustainability ambassadors, who have brought learning in sustainability to more than 15,000 school children in 25 countries. 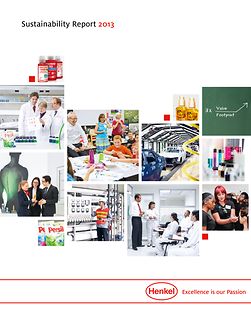 Henkel’s 23rd Sustainability Report details the important environmental and social progress made by the company over the last year. 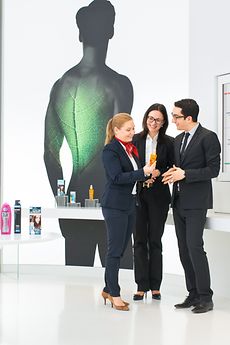 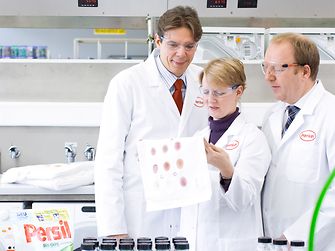 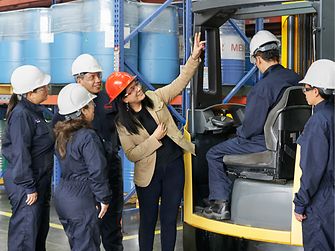 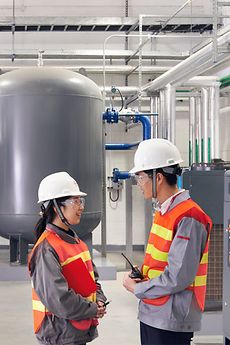 Henkel’s 23rd Sustainability Report details the important environmental and social progress made by the company over the last year.

In addition to special training programs for staff, another key area of focus during the past fiscal year was sustainable innovation management. Product innovation plays an essential role if improvements to quality of life are to become less dependent on resource consumption. Sustainable innovation needs to satisfy equally the criteria of quality, environmental compatibility, and social responsibility by, for example, reducing the quantity of raw materials used in manufacturing, or the amount of energy needed to use the product. Henkel addresses these issues in close collaboration with its partners along the value chain. Collaboration often takes the form of cooperation agreements with suppliers, or projects conducted jointly with customers and retailers.

One of Henkel’s strengths is the alignment of its strategy to sustainability. This, combined with its innovative capabilities, enables the company to further strengthen its leading role in sustainability, which was confirmed once again in 2013 in international rankings. Henkel was ranked “Sector Leader” in the Dow Jones Sustainability Index for the seventh consecutive year. It was also included in the FTSE4Good ethical index for the 13th year in a row, and ranked among the “World’s Most Ethical Companies” for the sixth time running.

The positive trend in the sustainability scorecard for 2013 also demonstrates Henkel’s continued efforts to improve efficiency and safety. Over the past eleven years, for example, the company has cut water and energy consumption by 51 percent and 44 percent respectively, and reduced waste by 47 percent per ton of production. Over the same period, the number of work accidents dropped by 90 percent.