Focused on implementation of strategy

At Henkel’s Annual General Meeting today, CEO Kasper Rorsted reviewed the company’s successful performance in the fiscal year 2013. Referring to the challenging economic conditions, he said: “Despite a difficult environment, we achieved all our financial targets. Our businesses are well positioned and we again generated solid growth.” Rorsted also underlined the progress that has been made in implementing the company’s strategy through to 2016. “In 2013, we took another step toward realizing our vision for Henkel: becoming a global leader in brands and technologies. We have defined a clear strategy with ambitious targets. Now, we are focused on implementing our strategic priorities globally.” 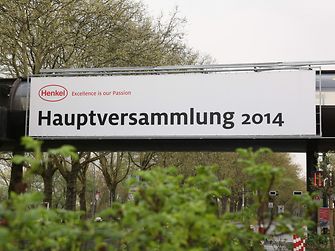 Henkel has significantly improved its profitability in recent years. “We want our shareholders to benefit from this successful development through a higher dividend. We are therefore proposing to the Annual General Meeting a dividend of 1 euro 22 cents per preferred share. Compared to the previous year, this represents an increase of more than 28 percent,” Rorsted said. The higher payout ratio amounts to 30 percent of net income after non-controlling interests and adjusted for exceptional items, compared to an average of about 25 percent in previous years. The dividend payout will range between 25 and 35 percent in the future. This increase in the payout ratio will have no impact on either Henkel’s strategic flexibility or its conservative financial strategy. 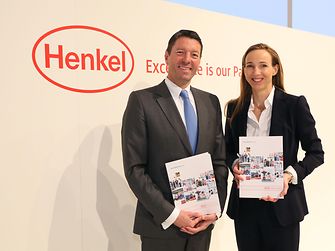 Dr. Simone Bagel-Trah, Chairwoman of the Shareholders’ Committee and of the Supervisory Board, thanked the Management Board and all employees for their dedication and commitment in 2013.

Looking at the current fiscal year, Rorsted emphasized the high degree of uncertainty in the markets: “It is not just the political situation in Eastern Europe that makes it difficult to predict business developments in 2014.” Commenting on foreign-currency movements, Rorsted said there was little likelihood of any relief in the short term. “The currencies of some of the major emerging markets will likely devaluate further. We will see the negative effects of this primarily during the first half of the year,” he said.

Rorsted also emphasized the importance of emerging markets for Henkel’s further development: “Over the last four years, we have grown organically by almost 10 percent on average in emerging markets. By contrast, organic growth in our mature markets has been just 2 percent.” At the same time, he highlighted the challenge that emerging markets represent: “We see how volatile these markets can be. High growth is inevitably accompanied by a degree of risk. Not that this changes anything in our strategy – quite the opposite, in fact. We are determined to meet these challenges head-on.”