“One roof” for Henkel in Guatemala

The Central American subsidiary opened a new corporate headquarters. The project goal was to unite the administration of the three Henkel business units Laundry & Home Care, Beauty Care and Adhesive Technologies in a central location and to create an open space environment to promote collaboration. 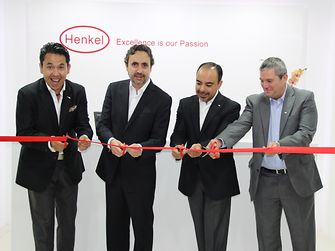 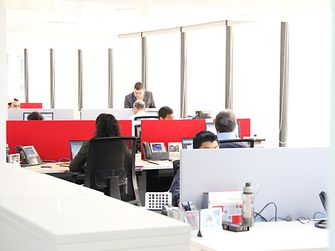 The initiative took several months of hard work by the project team. The successful collaboration culminated end of March, when the official opening of the new offices in the financial heart of Guatemala City was celebrated.

To honor the opening of this new facility, Oriol Bonaclocha, President of Henkel Group Mexico, was also in attendance. The event featured the traditional ribbon-cutting accompanied by words from Bonaclocha. He expressed his delight at witnessing such an important moment for Henkel in Guatemala. "We are confident that this new facility will help us creating synergies and promoting the overall results for the three business units."

This unification simplifies communication within and between the three business units and the working areas foster creativity, interaction and cooperation.