“I prefer 30°” is an initiative of the detergents industry that aims to raise awareness of the benefits of lower wash temperatures. Henkel as well as other industry players and trade partners support this A.I.S.E. campaign ‏(International Association for Soaps, Detergents and Maintenance Products). 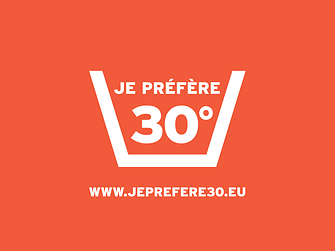 The campaign intends to encourage consumers to use lower temperatures when doing the laundry, hence, using fewer resources whenever possible. For example, energy savings of up to 40 percent can be achieved by simply reducing the washing temperature by 10 degrees - from 40 to 30 degree Celsius.

Henkel in Italy, Benelux and France promote the “I prefer 30°” initiative that is in line with Henkel’s Sustainability Strategy 2030. By supporting the campaign Henkel wants consumers to become more and more aware of their impact on the environment. It shows how simple everyday actions can have an impact on tomorrow. Overall, washing at the lowest temperature helps to reduce CO2 emissions and to save energy while clothes will actually look good and last longer.