All eyes on the soccer final

Henkel has been present in Argentina, the world’s eighth-largest country, with its Adhesive Technologies and Beauty Care businesses for 44 years. 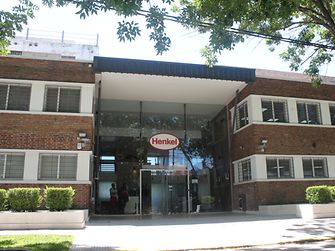 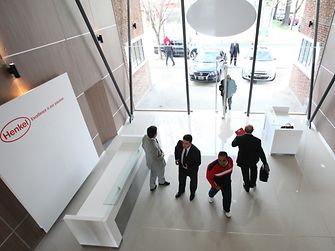 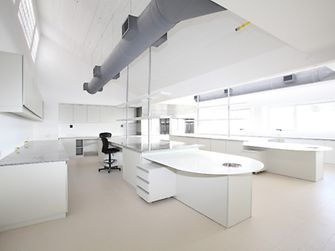 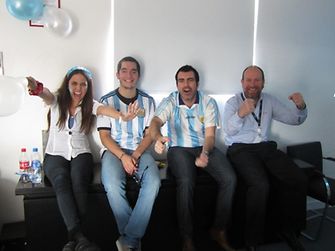 Employees of Henkel Argentina cheering for their favourite team

Employees of Henkel Argentina cheering for their favourite team

It’s been four emotional weeks, filled with cheering, sweat, tears of joy and sadness, injuries and many goals. Argentina and Germany reached the final of this year’s biggest soccer event after respectively defeating the Netherlands and Brazil in the semi-finals. On Sunday, the two finalists will meet in the Estadio do Maracana in Rio de Janeiro, with hopes of bringing the trophy home.

In the tournament, Argentina is one of the finalists, for Henkel, Argentina is an important emerging market in Latin America. Henkel entered the Argentinian market in 1970 with its adhesives products before introducing beauty care products in 2010. The company now employs 150 people in the home country of Lionel Messi, widely considered one of the game’s greatest talents. Henkel Argentina has its headquarters in San Isidro and a production site in Chivilcoy. The company sells brands including Loctite and Schwarzkopf Professional in Argentina.

Germany is the top scorer in the competition with 17 goals in six games. Meanwhile Argentina possesses a well-organized defense that pitched three consecutive shutouts in the knockout round. Historically, the German team and the Argentinian team have met 20 times, including twice in the final match of soccer’s biggest event.

We can surely expect a physical and exciting match on Sunday and wish both teams “Good luck!”