In 2014, Henkel celebrates 20 successful years of doing business in Romania and is supporting, awarding and promoting the true Romanian values -“We care for the Romanian values”- in the areas of education/social, culture/art and sustainability/environment. 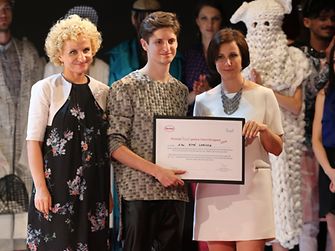 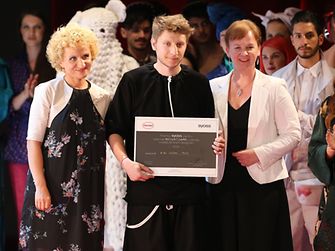 Lucian Rusu receives Syoss Award for the Most Creative Collection 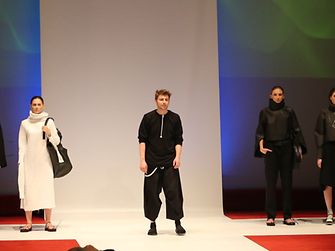 Lucian Rusu joins the models showcasing his collection on stage 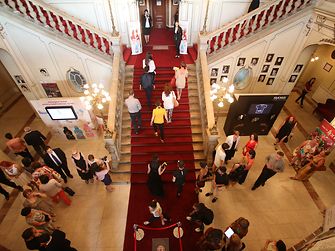 Lucian Rusu receives Syoss Award for the Most Creative Collection

Lucian Rusu joins the models showcasing his collection on stage

Since fashion trends are often translated into other areas of consumption, Henkel Romania keeps a close look at fashion and awarded the most talented young designers from the best fashion school in Romania, the University of Art and Design Cluj Napoca. The gala awards took place in the National Theater of Cluj Napoca, in the presence of 800 guests, including the most influencial names of Romania’s fashion world.

At the gala, Henkel awarded three prizes: two “Perwoll Awards for Young Designers 2014” to Nazarica Bartoş ‏(diploma) and Aitai Lorincz ‏(master) and one “Syoss Award for the Most Creative Collection” – awarded to Lucian Rusu ‏(master). The winners were selected by a jury of important fashion opinion leaders and Henkel Romania representatives.

“We were happy to present Perwoll Awards for Young Designers for the fifth time in Cluj,” said Teodora Doboș, Marketing Manager Laundry & Home Care Henkel Romania. “Our brand Perwoll is proud to enrich its community of young and talented designers with two more talents from the University of Fashion Design Cluj.”

“We support innovation as a key value for our flagship brand Syoss,” said Gabriel Barbu, General Manager Beauty Care Henkel Romania. ”For the first time, Syoss awarded a prize for the most innovative collection, because we believe in the power and courage of the new generation and we want to encourage young talents.”