More than 1,500 kids discover science with Henkel in Russia

Since its launch, Henkel’s Forscherwelt ‏(“Researcher’s world”) project has attracted a great deal of interest in Russia. It has been getting extremely positive feedback from children, teachers, volunteers and Henkel partners. More than 1,500 children have already participated in the classes and this number continues to grow. 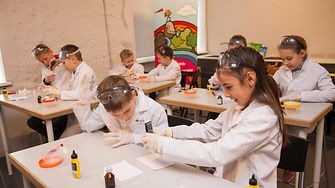 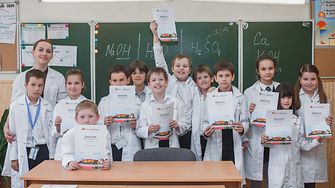 The first Russian classes took place at the Experimentanium Interactive Science Museum and at schools in Moscow in 2014 – after a successful launch of the Forscherwelt project in Germany in 2011. Since then, the program has developed rapidly in Russia, winning the hearts of little researchers, their teachers and parents.

The Forscherwelt was recognized by the Government of Moscow as one of the Best Social Projects in the category “Education and Science” in Russia last year. Moreover, the Moscow Department of Education recognized the initiative as an important project to raise interest in science among the younger generation.

Since the beginning of 2015, three new schools have joined the project in Moscow and more than 100 children have taken part in the classes. In April 2015, the Forscherwelt expanded to the Russian regions. The first classes were conducted in Engels for the children of Henkel employees and in two schools. The choice of Engels was not fortuitous: this is the place where Henkel’s history in Russia started 25 years ago. Classes were also open to children of some of Henkel’s key customers.

During the Forscherwelt classes, children learn about adhesive substances and why it is important to care about the environment and their own health. 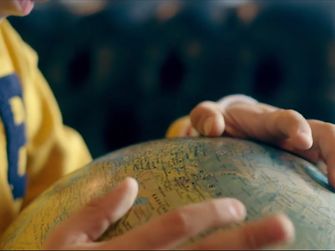