Today is “Henkel Day”: Employees around the globe celebrate 139 years of Henkel. This anniversary is not only an occasion to celebrate and look back at the company’s history, it is also the kick-off event of a global donation campaign. 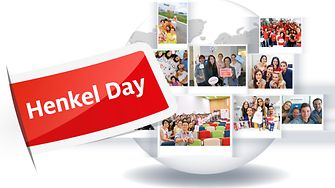 Employees around the globe celebrate 139 years of Henkel.

Henkel is launching a photo campaign for a good cause: Employees can share pictures, e.g. on the internal social network Yammer, which show how they are celebrating the company’s anniversary with their colleagues. For every submitted picture, Henkel will donate one euro on a charity project through its Fritz Henkel foundation.

Henkel’s story started on September 26th, 1876, when 28-year-old merchant Fritz Henkel founded the company Henkel & Cie with two associates. The first manufactured product was a powder laundry detergent based on sodium silicate. Once a three-man business, Henkel is an international company that has around 50,000 employees today and generates sales of around 16.4 billion euros.