Henkel France has been awarded by the LSA Trophy for Diversity & Corporate Social Responsibility ‏(CSR) jury for the second year in a row, thanks to a work-life balance program designed to favor gender diversity. Led by a group of managers, the program is part of a sustainability initiative called “Factor 3 in France”. 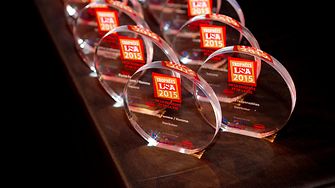 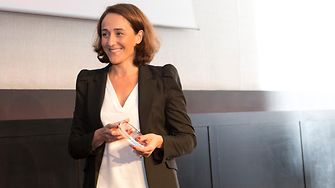 Anne Coatanea ‏(IBS, member of the working group leading the Work-Life balance program of Henkel France) received the award on behalf of the whole team involved in the program.

Anne Coatanea ‏(IBS, member of the working group leading the Work-Life balance program of Henkel France) received the award on behalf of the whole team involved in the program.

Created by LSA, the leading French magazine for the retail and fast-moving consumer goods industries, the LSA awards for Diversity and CSR recognize the best initiatives from retailers and FMCG players.

At a ceremony on September 24th in Paris, Henkel France scooped the 2015 award for “gender diversity”. After winning the LSA award for environmental stewardship in 2014, this is a new recognition for the broad initiative led by more than 80 French managers as part of Henkel’s “Factor 3” sustainability strategy. “Factor 3” summarizes the company’s 20-year goal to triple the value it creates for the footprint made by its operations, products and services by 2030.

The program granted in 2015 aims at developing work-life balance in order to favor gender diversity within the company. It comprises actions previously launched, such as childcare facilities and home-office capabilities, and more recent actions such as the ResponsAge program. This innovative program has been designed to provide assistance to the growing number of employees who take care of elder relatives ‏(15% of French employees and 18% of the 40+ employees) as France, like other Western European countries, faces the issue of aging population.

Preselected by LSA, awarded initiatives are reviewed by a jury of FMCG and CSR experts, including business leaders and independent experts such as the general secretary of the French association of diversity managers and the executive director of the Consumer Goods chair of ESSEC business school.

“It’s a new recognition of our managers’ strong commitment to drive sustainability. Once again, our teams are developing innovative projects that make a difference,” said Amélie Vidal-Simi, president of Henkel France. 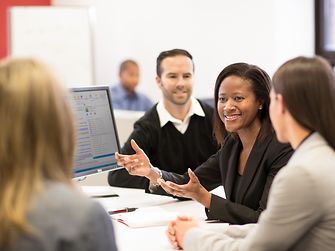 As a globally operating company, Henkel employs people from over 120 nations in more than 75 countries.