Small streams make mighty rivers. Based on this quote, a group of Henkel France employees developed an easy and innovative micro-donation scheme that makes a difference. Thanks to a digital platform, rounded cents of salaries can be collected, fully matched by Henkel and then given to selected social projects. 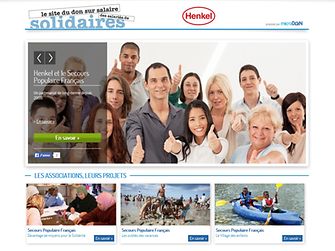 A web platform to choose projects to support and make donations 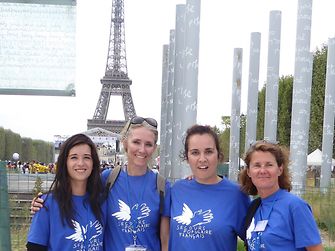 A web platform to choose projects to support and make donations

As part of its long-term partnership with one of the largest national non-governmental organizations – Le Secours Populaire Français – Henkel France is celebrating the first anniversary of “L’Arrondi solidaire” ‏(solidary rounding), a payroll giving scheme based on employees’ micro-donations ‏(cents resulting from their monthly salary rounded down to the nearest euro) and fully matched by Henkel.

Initiated by a group of employees in partnership with the social start-up business MicroDON, “L’Arrondi solidaire” scheme is based on the idea that “together, small streams make mighty rivers”. It gives employees the opportunity to make a small and easy contribution to social projects selected by a group of Henkel volunteers, while leveraging the strength of a collective action. Employees who want to contribute can round their salary down to the nearest euro and can also make an additional donation, from one to 10 euros. Based on a spirit of co-development, each cent given is 100 percent matched by Henkel France.

In order to make the process quick, easy and transparent, a dedicated user-friendly web platform has been developed. In a few clicks and less than one minute, it allows employees to set and modify their contribution as they please, choose the project they want to support, check the progress made and receive all the necessary paperwork for tax deduction.

Inspired by both the Mexican “embedded giving” scheme in stores ‏(El Redondeo) and the Payroll Giving well known in the UK and the US, “L’arrondi solidaire” was launched at the end of September 2014. About 10 percent of Henkel France employees have already registered.

One year after the launch, this innovative micro-donation scheme will allow the Secours Populaire to help about 520 people in need for a whole year and to offer 65 vacation days to children from disadvantaged families. Social engagement is part of our sense of responsibility and firmly embedded in our corporate values.