A leader in adhesive technologies since 1985

Henkel started operations in Chile in 1985. Since then, the subsidiary has become one of the local leaders in the field of adhesives and sealants for both the domestic and industrial markets. 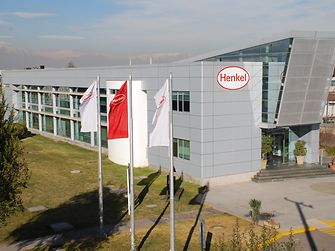 Over the last 30 years, Henkel Chile has been evolving and adapting its products and technologies to the needs of the local and regional markets. For example, it removed the toluene solvent from all its adhesives.

"We are very proud of 30 successful years in Chile. During this time we have been constantly innovating to anticipate and respond to the needs of the Chilean market. This has allowed us to hold top positions today and we plan to continue our sustainable growth, thanks to the talent and commitment of our team", said Rodrigo Galván, President of Henkel Chile.

Henkel offers strong brands that are very well-known by local consumers, such as Pritt, Loctite and Agorex, as well as mining and industrial solutions. Thanks to the efforts and dedication of a team of 200 people, Henkel has established itself as a company committed to leadership in sustainability.

A bit of history Henkel entered the Chilean market in 1985 when it acquired 28 percent of Química Härting SA. Henkel entered the Chilean market in 1985 when it acquired 28 percent of Química Härting SA.

Henkel entered the Chilean market in 1985 when it acquired 28 percent of Química Härting SA to further expand its business in Latin America. The new company was named Härting-Henkel. In 1992, Henkel acquired a majority in the joint venture with Härting and the company name was changed to Henkel Chile SA a year later. Henkel continued to develop the adhesives business. In 1995, Henkel removed toluene from its adhesives, showing the company’s concern for the safety and health of its customers and employees. In the late 1990s, Henkel acquired Loctite, allowing the company to reach new customers and business areas in Chile.

In 2005, Henkel transferred its plants from Renca and Maipú to Pudahuel, where the plants are still located. Around 160 employees work there every day. About 40 people work in other regions of the country, supporting the various business units of Henkel Chile.

In 2012, the company received the "Effort Award" from the Chilean Safety Association for its campaigns for the prevention of accidents and occupational diseases.

Henkel’s commitment to sustainability was recognized when the company received the „Chile Green Award“. Henkel Chile also has also participated in the Make an Impact on Tomorrow initiatives and the Sustainable Lighting Program. Since 2010, the Chilean subsidiary has been making significant contributions to Henkel’s Sustainability Strategy for 2030 – tripling the value created by the company for the footprint made by its operations, products and services.