Gyula Kosice, a sculptor and plastic artist born in Slovakia and naturalized Argentinian, is the 16th artist whose work is presented to the public by Henkel Slovakia as part of the project ‘Henkel Slovakia to Slovakia.’ The exhibition will be held until February 1 at the Bratislava City Gallery in Mirbach Palace. 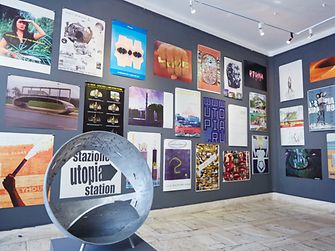 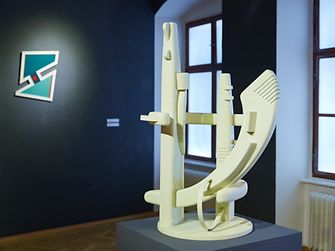 Kosice is an internationally-acclaimed artist in the field of geometry and kinetics.

Kosice is an internationally-acclaimed artist in the field of geometry and kinetics.

Project ‘Henkel Slovakia to Slovakia’, which promotes the country’s culture, started in 1999 and has been attracting a large number of visitors – from the media and art professionals to the public in general. The opening ceremony for the exhibition took place on November 26, with 40 journalists attending the press conference and new president of Henkel Slovakia Christian Schulz addressing the media for the first time.

For the purpose of the Hydrokinetik exhibition, art works has been borrowed from the prestigious Centre George Pompidou in Paris and from museums and galleries in Grenoble and Lyon ‏(France) and Győr ‏(Hungary). It is the first stand-alone Kosice exhibition in Central Europe. Every year, the ‘Henkel Slovakia to Slovakia’ project features internationally-acclaimed personalities with Slovak roots in the field of arts.

“Since 1999, when Henkel Slovakia came up with the idea to present internationally-acclaimed visual artists of Slovak origin to the general public every year, we have introduced 15 well-known names, one of them a female artist. I am even more pleased that for the fourth time we are able to bring the exhibition to other Slovak cities, so that even more people have the opportunity to see it,” Schulz said.

“It is the longest lasting visual arts project implemented in Slovakia with a commercial partner,” said Ivan Jančár, director of the Bratislava City Gallery.

About the artist:
Gyula Kosice is an Argentinean multimedia artist who was born in Košice in 1924 and lives in Buenos Aires, where he has his own museum. Kosice is an internationally-acclaimed artist in the field of geometry and kinetics. He's been invited to the most prominent global exhibitions, including Biennale Sao Paulo, Biennale Venice, Documenta Kassel, Biennale Montevideo and EXPO Zaragoza.