More than 60 employees of Henkel Mexico donated blood – and in some cases even their own hair – to support the treatments being given to cancer patients. 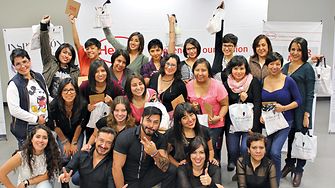 Employees of Henkel Mexico donated blood and hair to help in the fight against cancer. 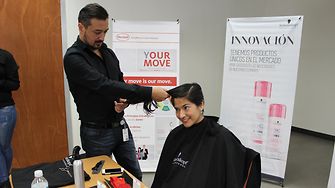 Employees of Henkel Mexico donated blood and hair to help in the fight against cancer.

Numerous employees of Henkel Mexico got together for an unusual community initiative. A total of 38 gave blood to help patients suffering with cancer, with each donation sufficient for four infusions. A further 24 co-workers had their hair cut off for wigs to be made for children who had been rendered bald by their cancer therapy. This was the second community campaign organized by Henkel Mexico to help children suffering from cancer, planned and executed this time in collaboration with the charity “Asociación Ayúdame a Sonreír ante el Cáncer, A.C.” [Help me to Smile in the Face of Cancer] and the Red Cross.

“During this activity it became clear to me that Henkel has a big heart,” says Glenda Jaramillo, a contributor who now wears her hair short. “I decided to donate my hair because I have experienced in my own environment what cancer patients, in fighting the disease, have to endure as their bodies deteriorate and their hair falls out.”