Management Board Changes at Henkel 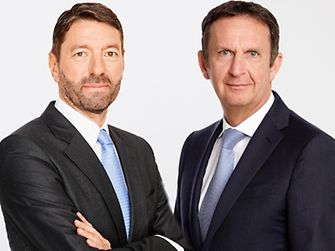 Henkel has announced today that CEO Kasper Rorsted, who has decided not to renew his current contract beyond 2017, will leave the company at his own request as of April 30, 2016. He served on the Henkel Management Board for 11 years, thereof 8 years as CEO. Effective May 1, 2016, Hans Van Bylen has been appointed as his successor. His successful career at Henkel started in 1984 and he serves as member of the Management Board since 2005, responsible for the Beauty Care business. The appointment to CEO already in spring will enable him to leading the development of the new strategy which Henkel will announce at the end of this year and driving its successful execution.

“With the appointment of Hans Van Bylen as new CEO we have named a strong successor to the CEO position at an early time – as it is common practice at Henkel. Hans Van Bylen is an excellent choice as he has long-standing, international experience in managing brands and markets as well as a Management Board member at Henkel. On behalf of our governance committees and employees I wish Hans Van Bylen all the best and much success in his new role“, said Dr. Simone Bagel-Trah, Chairwoman of the Supervisory Board and the Shareholders’ Committee.

The successor of Hans Van Bylen as Executive Vice President Beauty Care will be announced in due course.

“I am honored by the confidence which is expressed through this appointment. I am looking forward to shape the future of our company together with my colleagues at the Management Board and an excellent global team. We have strong brands and technologies, leading positions in many markets and categories around the world and a strong innovation power. Building on this foundation, together, we will successfully lead Henkel into the future“, said Hans Van Bylen.

“Kasper Rorsted has achieved a lot for Henkel. Under his leadership since 2008, the company has delivered a successful performance in a challenging market environment. Sales and profitability increased significantly and our top brands have been strengthened. This is also reflected in a significantly increased market capitalization which has been more than tripled since Kasper Rorsted took the helm. I would like to sincerely thank Kasper Rorsted on behalf of all governance committees, employees and shareholders of Henkel“, Dr. Simone Bagel-Trah further said.

“I would like to thank all colleagues at Henkel for their commitment and dedication as well as the governance committees for their advice and support over the past years. Together, we have delivered an excellent performance for our company”, said Kasper Rorsted. “I am convinced that Henkel will continue to excel under the leadership of Hans Van Bylen as CEO.”

Hans Van Bylen ‏(54) joined Henkel in 1984. His successful career at the company has spanned 31 years of management positions with broad geographical scope in two of Henkel´s business units, Laundry & Home Care and Beauty Care. He started in Belgium, his responsibilities expanded to Benelux and then on to France, Western Europe, Middle East Africa, North America, Asia Pacific and Latin America. Since 2005, Hans Van Bylen is member of the Management Board, responsible for the Beauty Care business.

He was born in Berchem/Belgium in 1961. He is married with three children. He is a graduate of the University of Antwerp, with both a degree in business management and an MBA.

To find a detailed CV: