Twelve stages and a high-speed race through rocks, desert dunes and lonesome roads – that’s the Africa Eco Race. It’s no wonder that the competition attracts such worldwide interest: It takes place in the most difficult and varied terrains, testing humans, machines and technology. This year again, Henkel has supported Hungarian racer Balázs Szalay and his team. 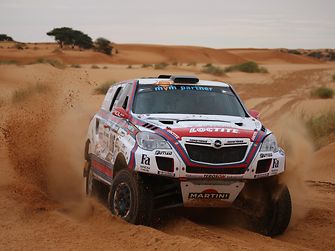 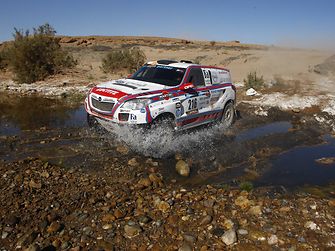 A trusted partner for many years: Henkel has cooperated with Balázs Szalay and the Opel Dakar Team since 2007.

A trusted partner for many years: Henkel has cooperated with Balázs Szalay and the Opel Dakar Team since 2007.

“Henkel and its brands were a trusted companion in the race,” said Dr. Ágnes Fábián, President Henkel Hungary. “We are proud to stand beside the most successful Hungarian off-road racer, Balázs Szalay, as a key strategic partner for many years. He and his team reached the thirteenth place in their class this year. Congratulations to the team for their performance!”

Henkel has cooperated with Balázs Szalay and the Opel Dakar Team since 2007. The team serves as a brand ambassador for two of Henkel’s business units: Beauty Care ‏(Fa, Schwarzkopf, Vademecum) and Adhesive Technologies ‏(Loctite, Teroson, Pattex, Ceresit). In addition, Henkel has provided technical assistance during the preparation period. Loctite and Teroson, for example, provide thread locking products, retainers, sealants, windshield adhesives and a wide spectrum of repair and maintenance materials.