Henkel is once more included in the “Global 100 Most Sustainable Corporations in the World Index” ‏(Global 100 Index) and was rated “Gold” by EcoVadis. The company also received RobecoSAM’s Silver Class award. “These excellent results confirm that we are right on track with our sustainability strategy,” says Uwe Bergmann, Head of Sustainability Management at Henkel.

Based on its corporate social responsibility rating, Henkel was rewarded with the “Gold Recognition Level” by EcoVadis.

Based on its corporate social responsibility rating, Henkel was rewarded with the “Gold Recognition Level” by EcoVadis.

The Global 100 Index of Corporate Knights, a Toronto-based media and investment advisory company, lists the top overall sustainability performers in their respective industrial sectors. They are selected from more than 4,600 companies with a market capitalization greater than 2 billion dollars.

As a member of the “Together for Sustainability” initiative for a more sustainable supply chain, Henkel’s sustainability management was again assessed by the international rating agency EcoVadis. Based on its corporate social responsibility rating, Henkel was rewarded with the “Gold Recognition Level” in December 2015. With an overall score of 73 points, the company is well above the average of 41.7 and is among the top two percent – both in the household and personal-care category and in comparison to all evaluated companies.

These awards recognize Henkel’s continued efforts to achieve more with less – the concept at the center of the company’s sustainability strategy. By 2030, Henkel aims to triple the value it creates for the footprint made by its operations, products and services. Henkel will publish its new sustainability report on February 25th, including a progress report on the interim targets until 2015 and new ambitions for 2020. 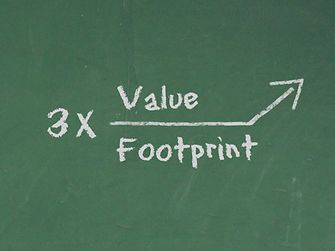 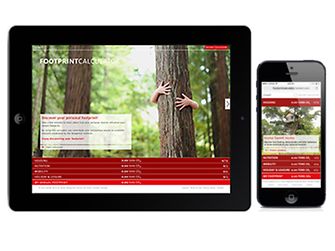 Do you know how your lifestyle contributes to your CO2 consumption? Take a look at Henkel’s footprint calculator!