“2016 was a very successful year for Henkel. In a challenging market environment, we achieved again new record levels for sales and earnings and met our financial targets for the fiscal year. We delivered a high quality of earnings. For the first time we reached an adjusted operating profit of more than 3 billion euros,” said Henkel CEO Hans Van Bylen. “In September, we closed the acquisition of Sun Products, which was the second-largest transaction in our company’s history. This marks a major step for Henkel and substantially strengthens our Laundry & Home Care business in North America. In November, we presented our new ambitions and strategic priorities for 2020 and beyond. Based on our strong foundation, our excellent results in 2016 and our clear priorities for the coming years, we are committed to continue our successful development in the future.” 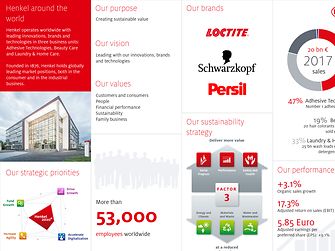 Important facts and figures about our company at a glance. Important facts and figures about our company at a glance.

Looking at the current fiscal year 2017, Hans Van Bylen said: “We expect the highly volatile and uncertain market environment to continue. Nevertheless, based on our clear strategic direction, our strong global team and our innovative brands and technologies with leading market positions, we are well-positioned for further profitable growth: For the full fiscal year 2017, we expect organic sales growth of 2 to 4 percent. We expect our adjusted EBIT margin to increase to more than 17.0 percent and adjusted earnings per preferred share to grow between 7 and 9 percent.” 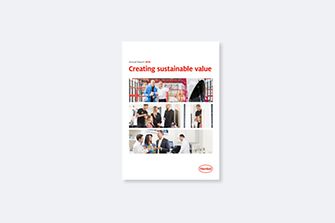 At 18,714 million euros, sales in the fiscal year 2016 reached a new record level and grew by 3.5 percent compared to the previous year. Adjusted for foreign exchange effects, sales grew by 7.1 percent. The positive effect from acquisitions and divestments amounted to 4.0 percent, mainly as a result of acquiring The Sun Products Corporation. Organic sales, which exclude the impact of foreign exchange and acquisitions/divestments, showed a solid increase of 3.1 percent. 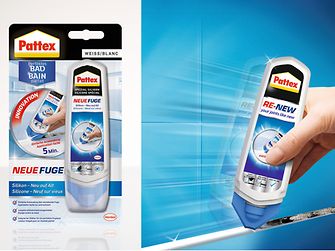 Selected innovations 2016: Pattex Re-New makes bathroom joints look as good as new – without any need to replace the old sealant. 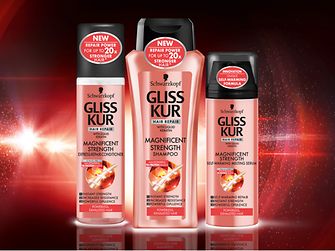 Selected innovations 2016: Gliss Kur Magnificent Strength gives the hair an effective protein kick, strengthening hair and protecting the hair cuticle – for beautiful hair that is up to 20 times stronger. 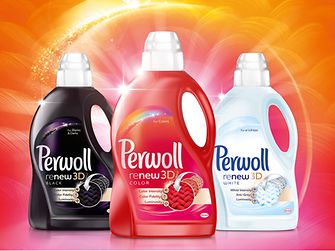 Selected innovations 2016: Pattex Re-New makes bathroom joints look as good as new – without any need to replace the old sealant.

Selected innovations 2016: Gliss Kur Magnificent Strength gives the hair an effective protein kick, strengthening hair and protecting the hair cuticle – for beautiful hair that is up to 20 times stronger.

The financial result improved from -42 million euros to -33 million euros. The financing costs relating to the acquisition of The Sun Products Corporation were more than offset by the positive effects from the repayment of the hybrid bond.

Net working capital as a percentage of sales improved by 0.3 percentage points from 3.8 percent to 3.5 percent.

The net financial position closed the year at -2,301 million euros (December 31, 2015: 335 million euros). The change compared to the end of the previous year was primarily due to payments for acquisitions.

Outlook for the Henkel Group 2017

*  Adjusted for one-time charges/gains and restructuring charges
** Proposal to shareholders for the Annual General Meeting on April 6, 2017. 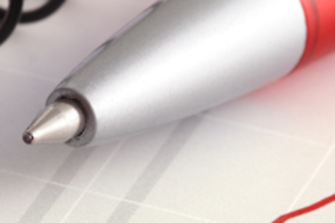