This article was originally published on guardian.com as part of the series ‘Sustainability Unwrapped’ sponsored by Henkel.

The war on waste: 'Every item from our daily life needs to become part of the circular economy'

Europe produces 31kg of packaging waste per person every year, but only 40% of that is recycled. Henkel is partnering with innovative companies in a bid to improve that figure.

The fight against plastic waste, often depicted by swathes of rubbish bobbing in the world's rivers and oceans, hasn't always been front and centre in people's minds. At the Museum of Design in Plastics, part of the Arts University Bournemouth, curator Louise Dennis says disposability was once seen as a sign of wealth and cleanliness. “Consumers were encouraged to use disposable products for their efficiency and to avoid contamination, “she says. "[But] plastics are Vilified for having a long life when they are in the wrong place. One of plastic's key features, its lightness, could actually be its downfall. Lt can be seen floating in water, blowing in the wind and caught in trees as litter." 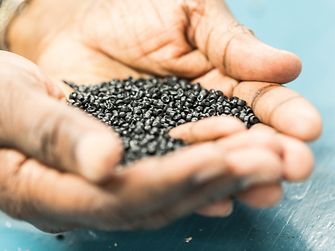 The pellets are later turned into new products such as watering cans.

Public opinion about plastic started to shift in the 1970s and 80s, particularly after the United Nations Conference on the Human Environment, held in Stockholm in 1972, the first to focus on international environmental issues. Interest has since grown significantly - a recent survey found 87% of Europeans are concerned about the impact of plastic waste and almost all ‏(94%) say industry and retailers should try to reduce packaging and design products to ease recycling. In Europe alone, 58m tonnes of plastic are created every year, of which an estimated 15.88m tonnes, or 31kg per person, becomes packaging waste. Only 40% of this is recycled.

In an effort to boost that percentage, it's composite materials ‏(where more than one material has been bonded together) that prove to be the most problematic In practice, separating those materials for further recycling often does not occur. So such packaging is sent to landfill, or burned for energy. But with countries including China, Malaysia and Vietnam banning waste imports, and Thailand set to do the same by 2021, it's imperative a solution is found for Europe's rapidly increasing piles of discarded packaging.

Many are working towards achieving an idea l known as the circular economy - a regenerative model that seeks to minimise resource input and waste by slowing, closing and narrowing material and energy loops. “It's not new," says Dr Pauline Deutz, co-lead of the Plastics Collaboratory at the University of Hull. "One problem is we don't know exactly what the end goal is. You can say we want to be circular but there are so many different ways you might [do that] . The principle is that you design things looking ahead (and that doesn't really happen now so that would be a big, big step) ... but that stil leaves many different variables."

At Henkel, that's a challenge Dennis Bankmann is working on. He's one of the company's global business developers for the circular economy, focusing on adhesives for packaging and consumer goods: a remit that covers items such as cardboard boxes, bottles for drinks, yoghurt pots and labels, as well as furniture products in the construction industry, nappies, and shoes. It's a broad range of materials - paper, plastics, glass, metals and wood – “all of which have or hopefully will soon have their own recycling systems and streams," says Bankmann, although he admits there are challenges to achieving that goal. "This is something that no single stakeholder or entity company, or even country, can solve on their own ... you need a broad alignment to make the whole concept work."

Part of that collaborative thinking has involved working with Saperatec, a German startup that has devised a process to breakdown the layer structure in composite items without degrading or changing them, including cardboard, plastic and aluminium. Founded by Dr Sebastian Kernbaum in 2011, the company uses a separation liquid to penetrate between multiple layers, before washing, sorting and drying the materials, which are then sold. lt's already been used on products including drinks cartons, lithium-ion batteries, carglass, and packaging material.

As an adhesive’s manufacturer, Henkel worked with Saperatec to optimise its products for flexible packaging material, particularly items for coffee pouches and fruit juice pouches that include two types of plastics and a thin layer of aluminium foil. This included working together to identify the best adhesive to use for that process. "This kind of separation can be done very effectively, very completely, very efficiently," says Bankmann. “It's a good example of how you need different stakeholders to work together." Henkel has also been in discussions with recyclers and companies in other sectors who buy recycled materials, and was one of the founding members of CEFLEX, a European consortium that aims to promote circular economy deliverables in flexible packaging. “This really raises the opportunity," Bankmann says. "Because there are so many multinationals here that if we come to a solution, we have the opportunity to implement that very widely, geographically ... for us, it's the clarity and harmonization that has the biggest impact ... [so we can]start providing solutions."

Meaningful change has to happen at scale, Deutz agrees, although she believes Governments have a role to play in achieving that shift. "You do need companies to take action, but to have enough companies taking enough action, you need regulation as well." In May 2019, MEPs called for all plastic packaging waste to be recyclable by 2030, and backed measures to ban the most common single use plastics ‏(including cotton bud sticks, plastic cutlery and drinking straws).

"I would say overall we are at a beginning," adds Bankmann. "And I believe we will not stop at packaging. In coming to a more sustainable world, we cannot stop at packaging. More and more types of things we produce will come into scope ... essentially every item from our daily life needs to become part of the circular economy."

“In coming to a more sustainable world, we cannot stop at packaging." 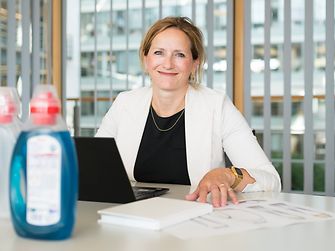 How a detergent bottle redesign cut 3,500 tonnes of plastic waste 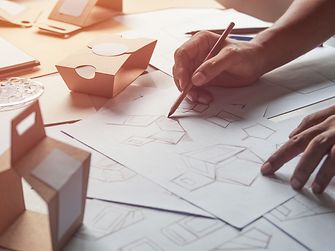 Lightweight contenders: how innovations in packaging are turning the tide on waste 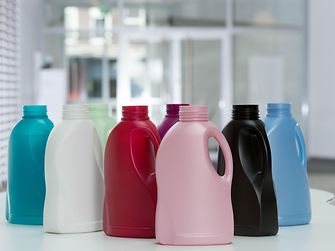 How can we encourage a responsible approach to plastic?