Henkel has opened a state-of-the-art, fully automated Laundry & Home Care warehouse at its production facility in Montornès del Vallès, Spain ‏(Barcelona). The company has enabled an investment of 22 million euros in the 24,000 square meter warehouse, which will serve as a major logistics hub for Southern Europe.

The Montornès del Vallès site is one of the most important European Henkel sites. It produces more than 200,000 tons of powder detergents, liquid detergents, and adhesives per year, exporting to 60 countries. It employs about 500 people. The investment in the new warehouse is an expansion of the current logistic center, which was built in 1994 as one of the first automated warehouses in Spain. It is the response to an increase of the domestic production, which has surged after introducing new making and filling capacities, and a rising demand for exports to other European countries.

“This warehouse is another strategic investment to further strengthen Henkel Laundry & Home Care’s strong position in Southern Europe. It also underlines our digitalization agenda and demonstrates how Industry 4.0 concepts can be concretely applied to the benefit of the environment and our business,” says Dr. Dirk Holbach, Chief Supply Chain Officer Laundry & Home Care.

The new logistics center is a further example of Henkel’s strategy to leverage Industry 4.0 and smart factory concepts. The facility will run based on digitization, robotization and the implementation of cutting-edge technology in logistics. With this, the company is improving its supply chain resource efficiency, the time-to-market and streamlining processes.

The automated area is divided into five blocks. Each block provides a special stacker crane with 38 double cycles per hour and two high-tech conveyors serve to unload and load shuttles from the production site automatically. Also, the loading and unloading of pallets from trucks can be done automatically through a new automatic launcher transport system due to newest technologies and digitized supply chain processes. Through the implementation of a new innovative management software, the warehouse’s energy consumption can be reduced through eliminating inefficiencies while at the same time increasing the storage capacities. The safety of equipment is guaranteed by a modern fire protection system and the highest work protection standards.

Highest standards of Sustainability and Efficiency

Furthermore, the new logistics center sets high standards of sustainability, through improving the warehouse’s network and expanding the intermodal transport from trucks to rail. “Henkel aims to become a climate-positive company by 2040. To achieve this, we are putting a strong focus on our own production sites. With the new automated warehouse, we have reduced our carbon footprint by 90 percent,” says Carlos Ribas, Head of Supply Operations Cluster in Western Europe. “With the new centralized logistic concept, we can significantly save transport routes. Additionally, we have installed solar panels on the roof that supply the warehouse with electricity from renewable sources.”

The new warehouse is another important investment in the Montornès del Vallès site, after Henkel has implemented additional capacities for liquid detergents two years ago and opened a new high-performing Adhesive Technologies production facility for aerospace applications last year. 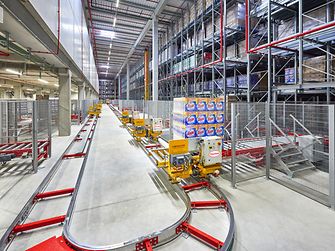 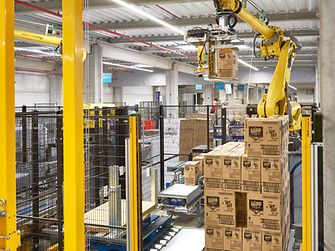 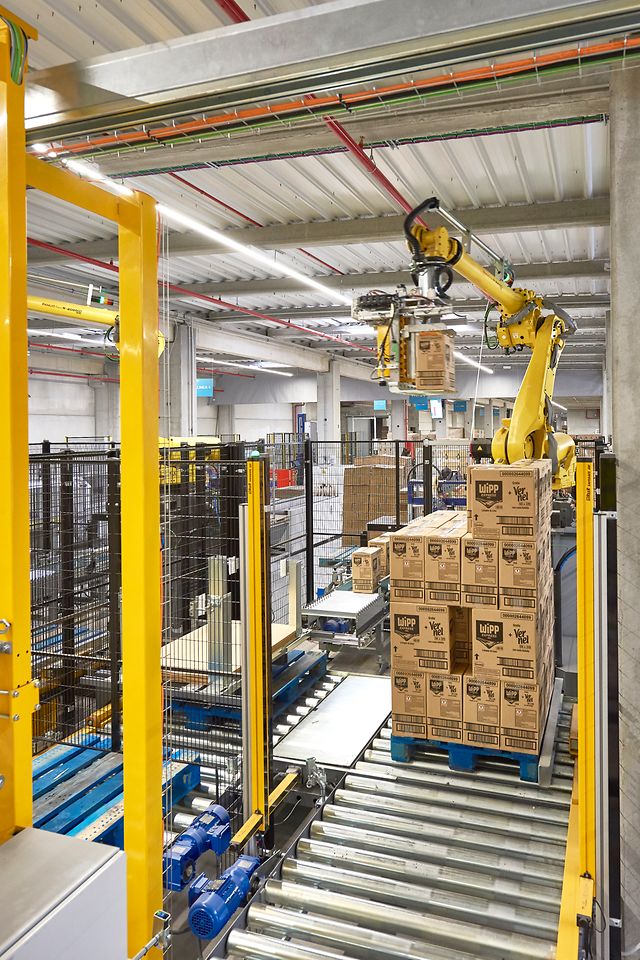 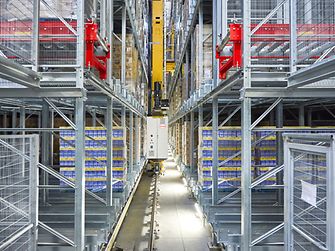 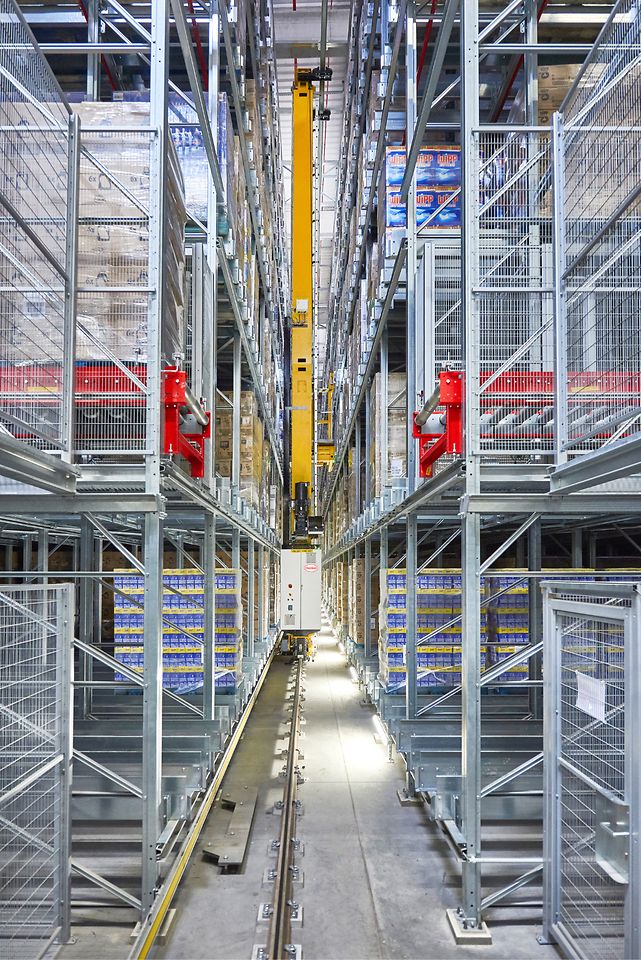 Industry Model 4.0 is based on digitization, automization and implementation of cutting-edge technology in the area of logistics

Industry Model 4.0 is based on digitization, automization and implementation of cutting-edge technology in the area of logistics 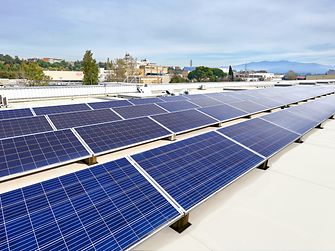 In this new warehouse, efficiency and renewable energies have been integrated from the design stage, reducing the carbon footprint and improving sustainability

In this new warehouse, efficiency and renewable energies have been integrated from the design stage, reducing the carbon footprint and improving sustainability 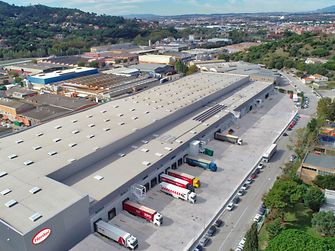 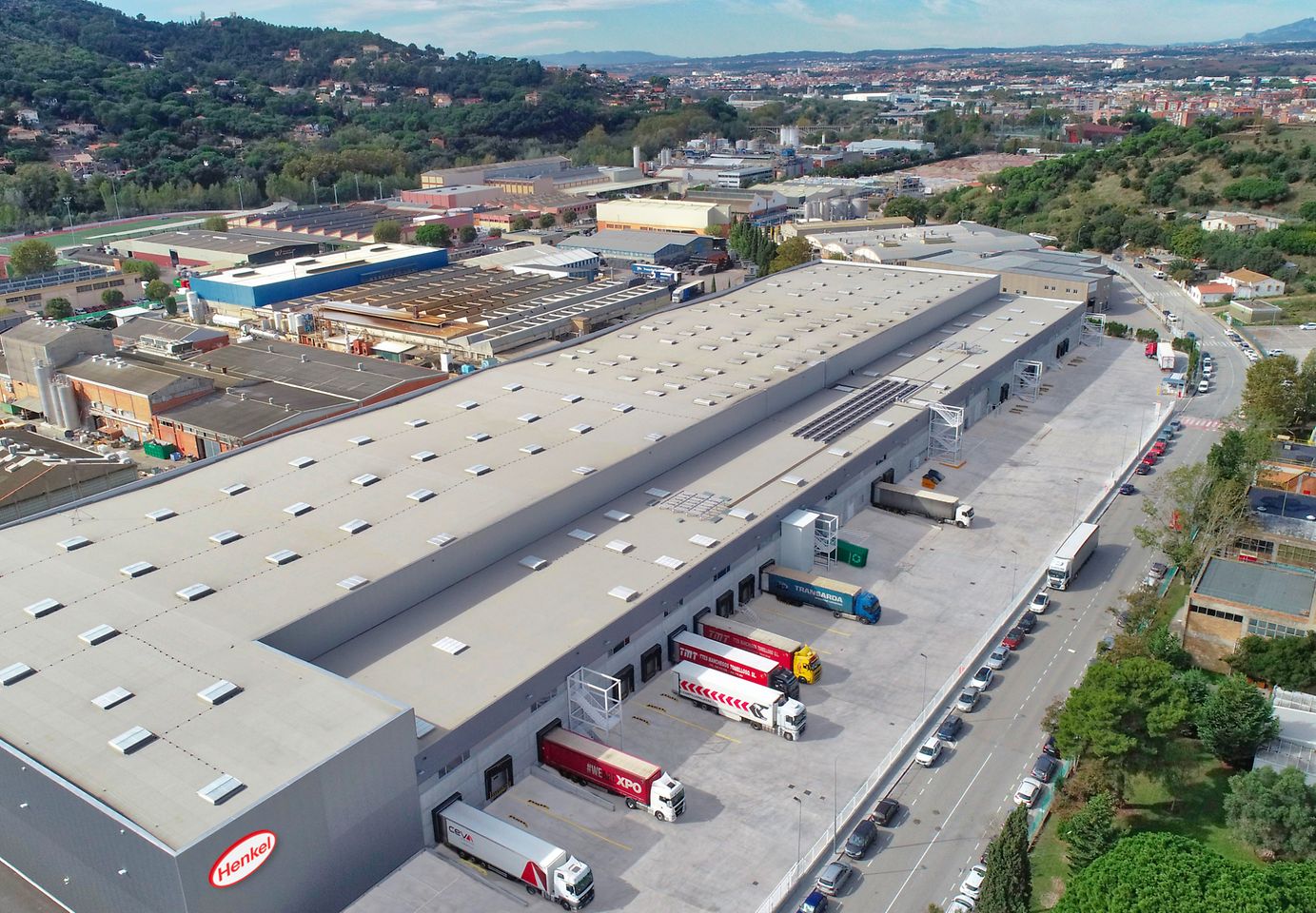 The new 24,000 m2 warehouse is located at Henkel's facilities in Montornés del Vallés (Barcalona), a reference hub for the company

The new 24,000 m2 warehouse is located at Henkel's facilities in Montornés del Vallés (Barcalona), a reference hub for the company 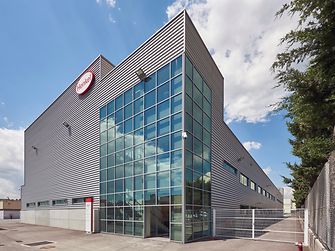 The Adhesive Technologies business unit today has officially inaugurated its new production facility for aerospace applications at the Henkel site in Montornès del Vallès ‏(Montornès), Spain. With the investment of about 35 million euros, the company aims to serve the constantly growing demand for high-performance solutions supporting key trends in the global aerospace industry such as light weighting, fuel efficiency and automation. 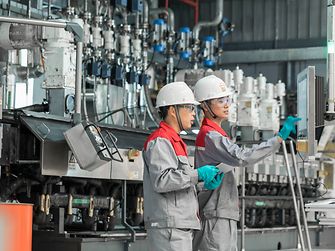