By entering the information and clicking on the "CONTINUE" button below, you certify that
(i) you are not restricted by the laws of your country of residence or any other law to which you are subject to access information regarding financial instruments of Henkel AG & Co. KGaA or any of its subsidiaries,
(ii) you are not a resident of and or domiciled in the United States of America and
(iii) you are a non-US person.

The issuance of bonds is mainly used to finance acquisitions and to restructure existing debt. The bonds are issued flexible in various currencies and maturities depending on financing needs.

In September 2019, Henkel placed bonds with a total volume of 750 million GBP in order to repay parts of the Group’s current commercial paper liabilities.

In January 2020, Henkel increased the existing 400 million GBP bond with an additional tranche of 100 million GBP. The proceeds from the issue were used in order to repay further parts of the commercial paper liabilities.

In April 2020, Henkel placed a 330 million CHF bond at the Swiss stock exchange. The proceeds from the issue were used for the repayment of the USD bond in June. Furthermore, the proceeds are used as a liquidity buffer during the COVID-19 crisis.

In July 2020, Henkel concluded a plastic waste reduction bond as the first company globally. The bond consists of two tranches of 70 million USD and 25 million EUR and has a maturity of five years.

Abbreviation for “Kommanditgesellschaft auf Aktien.” A KGaA is a company with a legal identity ‏(legal entity) in which at least one partner has unlimited liability with respect to the company’s creditors ‏(personally liable partner), while the liability for such debts of the other partners participating in the share-based capital stock is limited to their share capital ‏(limited shareholders).

Henkel usually issues bonds under standardized conditions in the framework of a Debt Issuance Program. This is explained in the Information Memorandum, dated August 14, 2020, which serves as prospectus in Germany and Luxembourg. Under this program Henkel can issue up to 10 bn. Euros in securities.

Henkel is further expanding its commitment to sustainable finance. The company has now defined a framework within which sustainable bonds can be placed in the future.

Acting in conformity with applicable regulations; adherence to laws, rules, regulations and in-house or corporate codes of conduct.

The plastic waste reduction bond underlines Henkel’s commitment to foster a circular economy and reduce plastic waste and hence to Sustainable Finance. At the same time, it provides the opportunity for additional learnings from financial products which include sustainability features. In 2018, Henkel was the first company in Germany to conclude a syndicated ‘Sustainability linked Loan’, a credit facility linked to Henkel’s performance in three independent sustainability ratings.

Aggregate of all loan services available on call from one or several banks as cover for an immediate credit requirement. 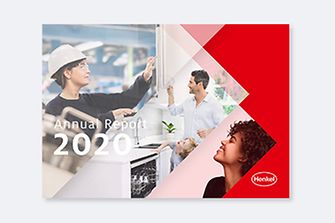