‘The Oscars of the hair world’

Hairdressers from all over the United Kingdom were put to the test last week as they competed in the Hairdressers Journal British Hairdressing awards sponsored by Schwarzkopf Professional.

The finalists, who have now been announced following the completion of the first round, impressed over 100 judges with their four creative hairstyles and exceptional skill in cutting and colouring.

They will now have to produce a further four looks and images for their portfolio in order to win the title of best hairdresser within their region.

The annual award ceremony has launched the career for many top UK hairdressers, such as John Frieda and Nicky Clarke.

Executive director of the awards, Jayne Lewis-Orr said:
“To be named as a finalist in these awards highlights just how exceptional each talented stylist is.
There was incredible hairstyling demonstrated with fantastic skill and vision, and this technical and creative flair rightly gives each finalist the acknowledgement as one of the UK’s best hairdressers.”

HJ’s British Hairdressing Awards is the biggest night in the hairdressing calendar and has been sponsored by Schwarzkopf Professional since it began in 1985.

Julian Crane, general manager of Schwarzkopf Professional said:
“Sponsoring HJ's British Hairdressing Awards is an enormous privilege, and Schwarzkopf Professional is delighted to support and recognise the very best hairdressing talent across the UK.
“Receiving a finalist place is a phenomenal feat and we extend our biggest congratulations to all of the finalists, wishing them all the luck for the awards ceremony."

The winner of each region and Hairdresser of the Year will be announced at the final on Monday 25 November 2019 at JW Marriott Grosvenor House, London.

Among the 17 categories in which hairdressers are competing are two new categories which were introduced this year - the International Collection award and Trend Image of the Year, which is judged by SKPCollective. 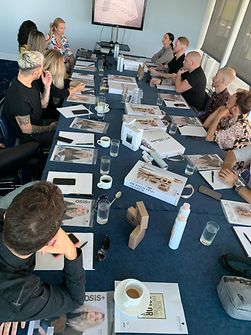 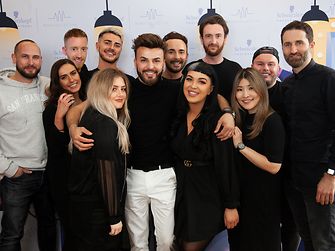 Digital marketing gets a boost thanks to #SKPCollective