Darragh Fitzpatrick’s new colleague lives in a cloud. He’s smart. He’s easy to work with. And he never sleeps. Ever. He works 24 hours a day in research labs around the world – and recently turbo-charged the development of 3D printed nasal swabs for COVID-19 testing. His name’s Albert. He’s new to Henkel. And it’s time you get to know him.

You’ve probably guessed, Albert is not a typical team member. He’s a state-of-the-art digital tool for materials development. Albert offers a cloud-based system that collects clean and harmonized data from every experiment, past and present, conducted anywhere in the world for Henkel 3D printing. Experts in our research teams for Adhesive Technologies are now leveraging the Albert platform to create innovative solutions for our customers.

Darragh Fitzpatrick, Lab Manager and Innovation Leader for 3D Printing at our site in Dublin, Ireland, works with Albert every day. “I’ve been working in research and development teams at Henkel for almost 20 years – and Albert is something that’s really gamechanging,” Darragh says. 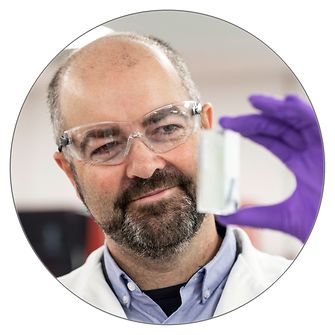 “My day-to-day working environment has been transformed, and there’s still huge potential for Albert to make our processes even leaner, faster and more collaborative“.

Darragh Fitzpatrick is Lab Manager and Innovation Leader for 3D Printing at our site in Dublin, Ireland

Loctite 3D Printing’s recent partnership with Origin to create nasal swabs for Covid-19 testing is a high-profile example of Albert’s ability to speed up collaborative innovation. The software selected the best possible material by instantly reviewing over 16,000 formulations in Henkel’s 3D portfolio. By finding the needle in the haystack so quickly, Albert helped experts from Henkel and its partner Origin to rapidly design and produce millions of nasopharyngeal test swabs that are now a much-needed part of the global battle against Covid-19. This speed of 3D printing innovation could not be achieved by traditional methods of production. 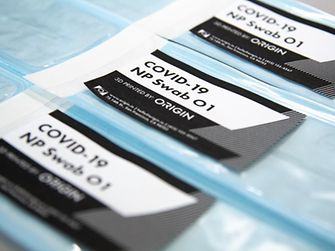 In collaboration with Origin, Henkel has conducted extensive material testing for compatibility and mechanical resistance with the help of Albert.

With big data to collaborative innovation

Albert is making an impact at every stage of our product development process. For example, the platform supports our teams at the start of new projects through use of materials research and design of experiment acceleration. It also can give an instant estimation on the compositional cost of formulations. A great feature is the direct access to formulation and raw materials safety considerations. Albert also contains live data about all available batches of raw materials to help the innovators plan activities and identify stock locations quickly. It offers laboratory management features that make sure all tasks are completed on time and in line with standard procedures. The tool provides detailed notes about how to prepare and conduct formulations and tests – to ensure consistent and reliable results.

“Traditional methods of keeping lab journals have now been replaced with digital tools and having one digital system that brings many aspects of research and development together is really powerful,” Darragh says: “Information about formulations, project designs, test methodologies and results was fragmented and sometimes hard to find. With Albert, we now have everything in a digital format that  teams from research and development worldwide can access with the click of a button. This makes us faster – and opens up opportunities for international collaboration and truly connected global teams.” 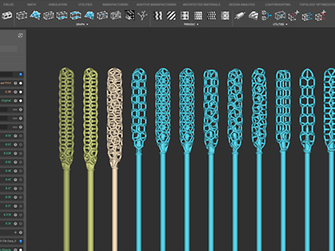 Complex grating patterns were tested in various stages of development to produce adequate samples for a COVID-19 test. Albert's access to data sets around optimal material use has accelerated this process. 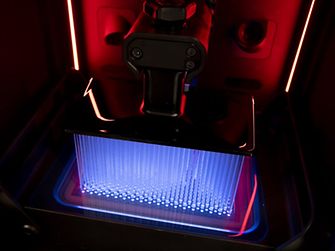 In collaboration with Origin, Henkel has brought its technology expertise to design swabs that can be mass-produced using 3D printing. 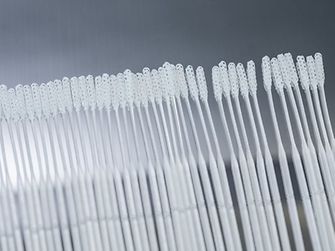 The design of the COVID-19 test strips combines the best possible patient comfort with maximum reliability.

Complex grating patterns were tested in various stages of development to produce adequate samples for a COVID-19 test. Albert's access to data sets around optimal material use has accelerated this process.

In collaboration with Origin, Henkel has brought its technology expertise to design swabs that can be mass-produced using 3D printing.

The design of the COVID-19 test strips combines the best possible patient comfort with maximum reliability.

Albert around the Henkel world

Albert is now supporting in different areas and functions on the Henkel sites worldwide. “The initial introduction of Albert was exclusively for the 3D printing business, where it was piloted in Dublin and Düsseldorf, but it’s now also supporting product development at our site in Irvine, California, which serves the electronics industry,” Darragh explains. Albert’s global footprint will expand even further in our new Innovation Center in Düsseldorf where it will first be used for inventory management,” Darragh says. Albert is evolving, too, and it’s exciting for users to input directly to its upgrades. A new user interface has just been released with more functions and improved visual interaction and aesthetics. “It’s great to see Albert settling in at Henkel – and we’re all excited about working with him for many years to come,” Darragh points out. 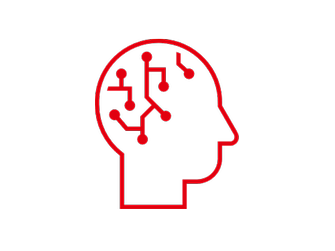 16,000 formulations were reviewed
by Albert to find the best available
material for the 3D printed swabs. 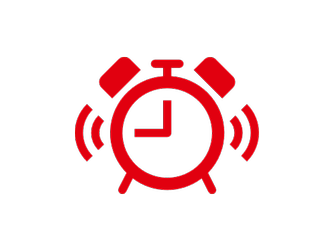 3 days was all Henkel and
Origin needed to design
and produce a prototype. 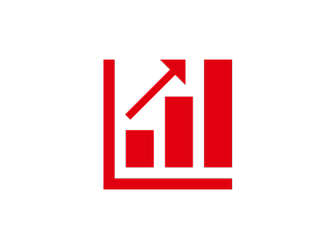 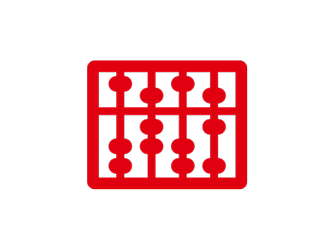 As of today, there are more than
700,000 data points, collected from
over 30,000 experiments, stored in
Albert and this is growing exponentially
each day, as new experiments are conducted. 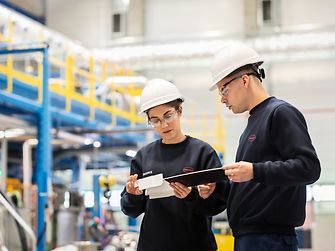 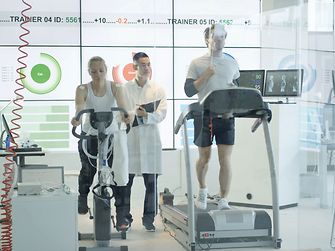 Why printed electronics are a potential life-saver 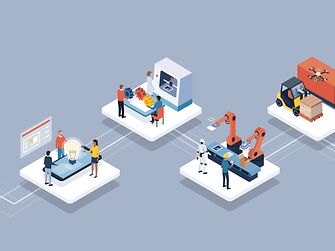 How digital tools and platforms are boosting quality, efficiency and sustainability