Planning a visit to our Headquarters in Düsseldorf, Germany? Please find the most convenient travel options below. 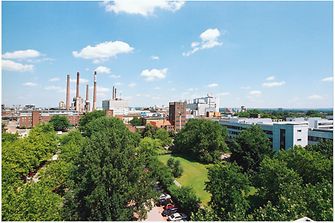 Henkel is headquartered in Düsseldorf / Germany.

Drive to Gate 1 ‏(Henkelstrasse 67). Visitor parking is available nearby.

The driving time from the Düsseldorf airport to Henkel is about twenty minutes. A taxi ride from the central station to Henkel takes about ten minutes.

Henkel can be reached via tram lines U71, U83, U74, and U77 – the latter two can be taken from the central station – and bus lines 724, 789, or 835 to reach Düsseldorf-Holthausen. From the Holthausen stop, it is a three-minute walk to Henkel’s main entrance (Gate 1). For more details about arrival and departure times, as well as transport maps with all stops are available at www.rheinbahn.com or www.vrr.de.