For the 12th time running, Henkel recognized its top suppliers for their best-in-class performance in 2018 at the 2019 American Cleaning Institute (ACI) Annual Meeting and Industry Convention, held from January 28th to February 1st in Orlando, Florida. The joint winner of the “Sustainability Award” from Henkel Beauty Care and Laundry & Home Care was Plastic Bank. Evonik received the Beauty Care award as “Best Innovation Contributor”. In Laundry & Home Care, the top prize for “Best Innovation Contributor” was given to Novozymes. The winner of the “Best Supply Performance” in Finance/Purchasing was Solvay.

Plastic Bank honored as winner of the “Sustainability Award 2018”

Plastic Bank won the award for sustainability – jointly conferred by both Henkel business units Beauty Care and Laundry & Home Care for the very first time. The social enterprise received the prize in recognition of its novel social plastic model for plastic recycling and waste reduction. “Plastic Bank and Schwarzkopf have started an initiative to support women’s independency in Haiti, allowing them to earn an income from plastic waste collection,” said Dr. Thomas Förster, Corporate Vice President R&D Beauty Care. “This has a direct impact on their quality of life and helps them to keep their children in school.”

Müller-Kirschbaum emphasized the positive impact of Plastic Bank on the issue of ocean plastic: “Our partnership has been running for just one year, and it has already helped us use the recycled material in over 25,000 bottles for detergents and cleaning products”, he said. “This fits in perfectly with our new sustainable packaging strategy, which aims to close the recycling loop.” David Katz, Founder and CEO of Plastic Bank, was enthusiastic about the progress made to date: “Our partnership with Henkel is a great example of what can be achieved by joining forces, and we are looking forward to further expanding our collaboration in 2019,” he observed. In 2018, Plastic Bank also received the United Nations award.

The second prize in Beauty Care’s sustainability category went to SNF Floerger for a new generation of gel colorations based on its Flocare DP-ES 502 thickener. IFF received an award for its microplastic-free perfume double-release capsule technology which is used in Henkel’s deodorant products.

Two suppliers won the second prize in Laundry & Home Care. The first was Borregaard, for its new cellulose-based raw material that enables more efficient production of the new Snuggle perfume pearls in North America. The second was Greiner Packaging, for its contribution to a new, consumer-preferred packaging box for Henkel’s monodose detergent capsules, which enables Henkel to save more than 40 percent of plastic in comparison with its previous packaging solution.

During the award ceremony, Förster explained the advantages of the newly-developed, microplastic-free opacifier by Evonik, a readily biodegradable material based on glycol distearate. Henkel Beauty Care uses this new ingredient in its Fa relaunch as a replacement for polymer materials. The winners of the second prize were Croda for Venusceane, a deep-sea active substance with excellent scalp care properties used in Schwarzkopf Beology hair care products, and Symrise, for its preservative booster SymOcide PT that helps to partially replace conventional preservative systems.

“Our Somat range of automatic dishwashing detergents is always one step ahead in the field of cleaning technology, and Novozymes has made a major contribution to this with the development of a new enzyme technology that enables the removal of stubborn fibrous residues – a worldwide first,” said Mattia DeDominicis, Corporate Vice President Formulation in R&D Laundry & Home Care. Firmenich was honored a runner-up for the joint development of a scent switch perfume for toilet rim blocks technology that transforms the consumer experience. BASF also received the second prize for its keratin polymer technology that provides natural fiber strengthening for Henkel’s light-duty detergents

Key elements for outstanding supply performance include excellent operational management and best-in-class service combined with continued progress in risk management. “Solvay excelled in 2018 with top performance in operational supply as well as significantly improved the Ecovadis ranking,” said Thomas Holenia, Corporate Vice President Global Purchasing Raw Materials. The runners-up were Stepan, for its proactive risk management during critical market situations and supply bottlenecks, and Symrise, in recognition of its significant efforts towards securing the supply of a critical aroma chemical during a recent shortage.

Bertrand Conquéret, President Global Supply Chain and Corporate Vice President Purchasing at Henkel, thanked all suppliers for their continued strong support. He encouraged the partners to continue to collective efforts and to mitigate risk and volatility, to further drive sustainability and digitalization, and to innovate together in the interest of creating superior products for Henkel’s consumers. 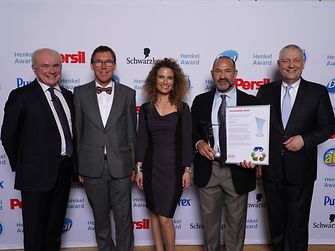 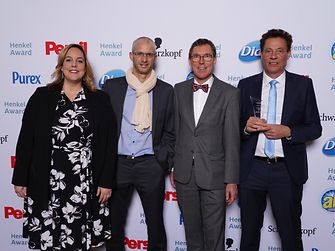 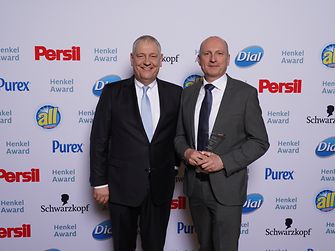 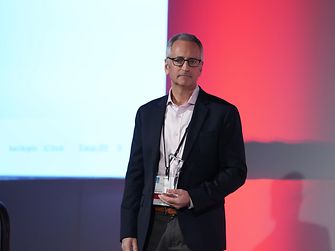 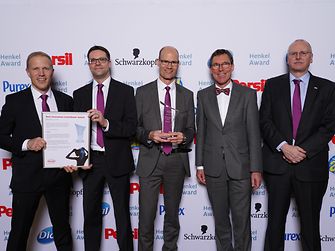 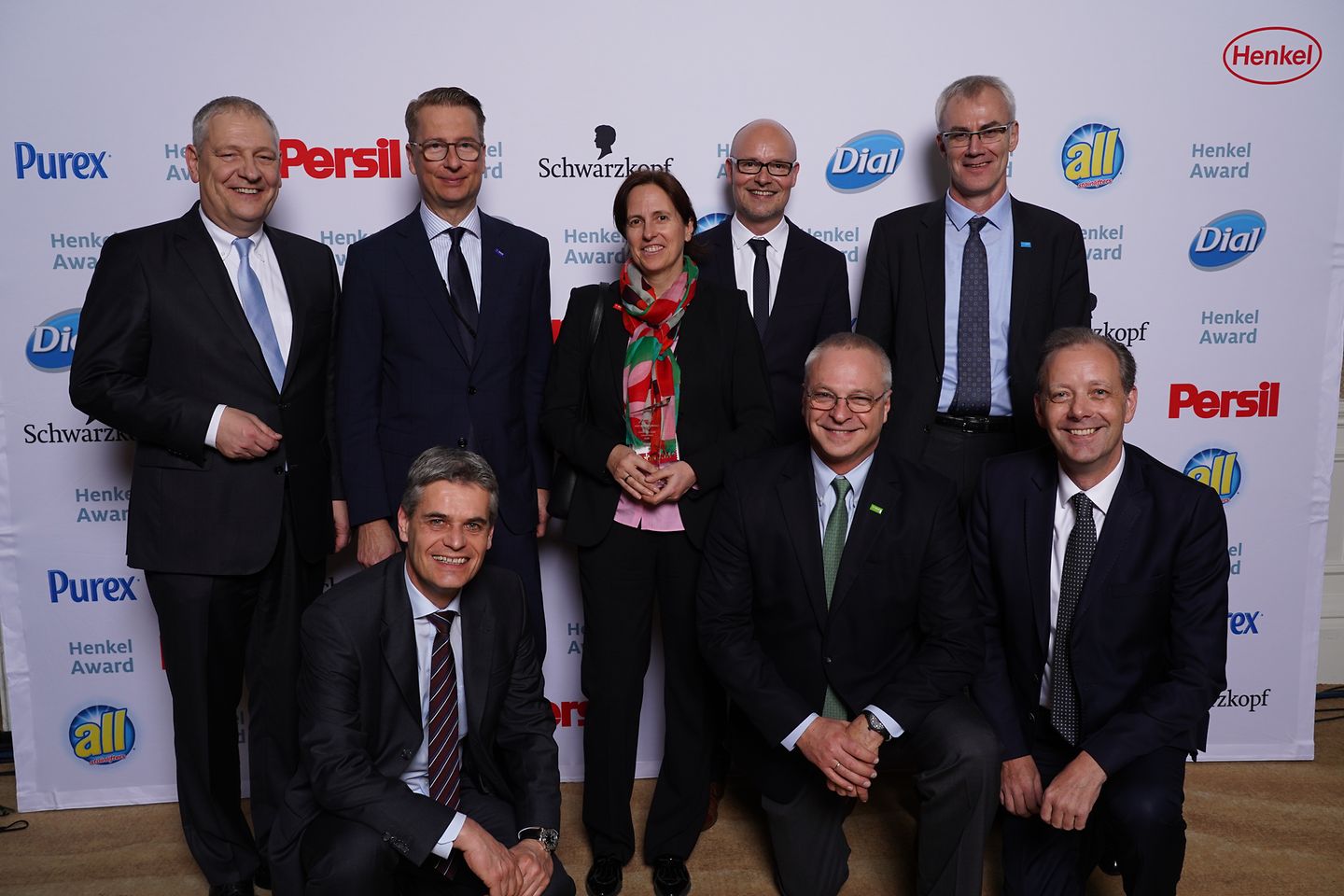 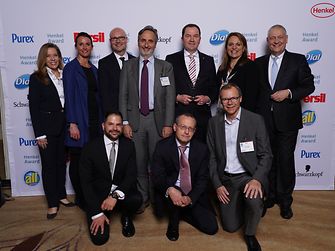 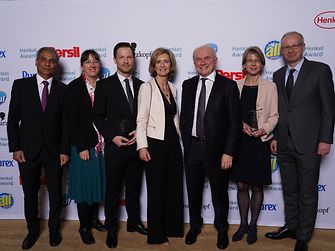 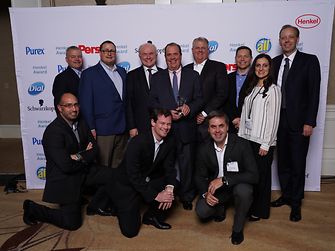 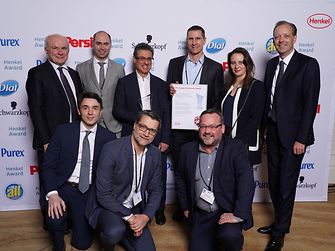 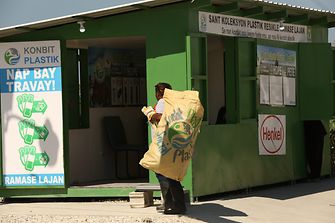 A joint commitment against plastic waste

One year of successful partnership with Plastic Bank

One year ago, Henkel entered into a partnership with the social enterprise Plastic Bank, as the first global fast-moving consumer goods company. Since then, Henkel and Plastic Bank have made considerable progress: More than 35 tons of plastic have been collected in three newly built plastic collection centers in Haiti. Additionally, Henkel included “Social Plastic” in its packaging for the first time.