Start loving the “NO”

I have often heard the word “NO” in my life – both privately and professionally. As I’m sure you’ll agree, a “NO” can often be disappointing, demoralizing even. And yet, in the last ten years, I have come to love the “NO”. In fact, I now consider the “NO” to be our greatest source of innovation power!

The trick is to see the “NO” not as the end of your idea, but rather as a chance to reevaluate it – and get back to the drawing board! A “NO” lets you question whether your idea really won’t work – or if something has to change so that it can work. That “something” doesn’t always have to be the idea itself – as I discovered during my first venture into the field of Innovation: I was studying for my PhD in Business Administration at the time ‏(defying a big “NO” from my former teacher, who did not believe that I belonged in the business world!). At some point, I realized that I was in a truly fortunate position: I was comfortable financially, I was free, healthy, and had access to education. 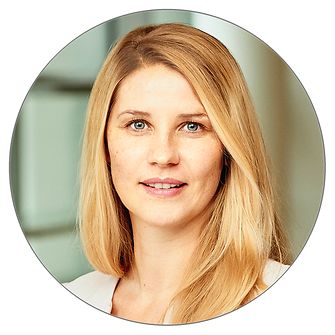 “NO” is not the end of your idea, but rather a chance to reevaluate it.

This realization made me want to give back, to help others who were less fortunate. By chance, I stumbled upon an idea that a friend of mine aptly named “elective affinities”. Having lost my mother at an early age, I was already aware of the importance of “elective family members” – people you are related to not by blood, but by choice! And so, my friend and I had the idea of building an online platform that would connect people wanting to fill a family-member-sized hole in their life.

Of course, we wanted this to be a non-profit affair, financed by donations. And it was here that I encountered my first “NO” in innovation: Our concept of brokering relationships between “family members” was so new and innovative that it did not fit into any of the usual non-profit tax categories. In fact, our concept was not even covered by the German laws governing public associations. And so, the tax office refused to grant us non-profit status. They said “NO”.

But we were so convinced of the need for such a platform that we refused to give up on our idea – and for more than two years, we fought that “NO”. In the end, our tenacity was rewarded: Our platform received non-profit status, and we even went on to win an award from a major women’s magazine!

The lesson I took from this, and the ten years I was actively involved in the running of the platform, is that true innovation challenges the status quo, and paves the ground for change. Unfortunately, human beings are hardwired to resist change, so when you tap into areas that are not known or at least not fully understood by others, you are going to encounter many “NOs”. But don’t let that stop you! A “NO” doesn’t have to be the end, it can also be the beginning – of something great, something truly innovative, something that will become a game-changer. A “NO” can end up being your greatest motivation and source of innovation power and resilience. Indeed, like me, you may end up loving the “NO” – because it spurns you on and helps you to become better.

True innovation challenges the status quo and paves the ground for change.

To this day, I benefit from the experiences I had while setting up the platform. Far from feeling exasperated when I hear a “NO”, I see it as a chance to consider things from a different perspective. In some cases, a “NO” can be an opportunity to improve and advance your idea. In other cases, the “NO” can help you to move on to a new idea and seize the next big chance at success.

This appreciation of the “NO” is a major asset for my current role at Henkel dx, where I work in Digital Open Innovation and Incubation – a field that is becoming ever-more important as our industries and markets undergo a major transformation. Also, for established companies like Henkel, with its 145 years of company history, it is crystal clear that a successful past no longer guarantees a successful future. Innovation is going to be key to the survival of even the major players.

But innovation means leaving your comfort zone, challenging everything you have become accustomed to, and breaking new ground. So, you can imagine that, over the past decade working in Digital Innovation, I have heard many “NOs”! And of course, there were skeptics when we decided to open our new Henkel dx innovation hub in Berlin in the middle of the pandemic. Many even thought this would be impossible – and yet we succeeded. The team in Henkel’s new Innovation Hub in Berlin is to develop new digital innovations and business models for Henkel to use going forward, both internally and externally.

Every time we were confronted with a “NO”, we reevaluated our plans – was this the right location, the right time, the right set-up? – and came back stronger. Now, our Berlin hub is a meeting and working space where, together, we are challenging the status quo, driving true digital innovation – and encouraging more than 20 newly hired colleagues to start loving the “NO”!

A “NO” can frustrate us, but it can also be our best motivator.

A “NO” can hurt us, disappoint or frustrate us in the moment – but it can also be the best motivator. It can force us to switch gears and prove to ourselves and to others that we are in this game now more than ever. When we start to love the “NO”, it sets us on the path to innovation, growth and sustainable success. 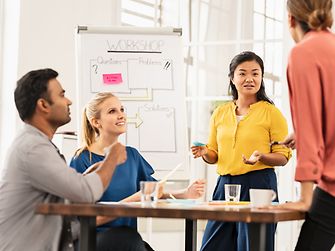 Four approaches to innovation – New ideas at the cutting edge 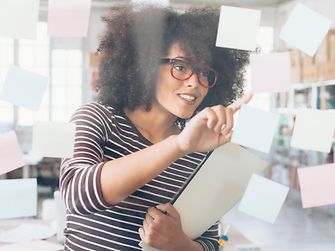 Could agility be the key to prevailing in the new world of work?

An interview with Jan Schröder, coach at the innovation agency minds & makers, about agile methods and a new work culture How to stay creative in the corporate environment 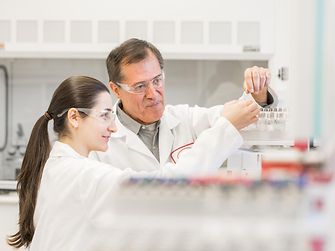 Ideas that shape the market