What do shower gel bottles, sports shoes and an airplane have in common? Nothing? Think again: Glue is what holds them together. Now, you’re probably saying to yourself: “In sports shoes and cosmetics, sure – but in cars?” In fact, the automotive industry is increasingly replacing metal rivets and screws with adhesives, because modern lightweight construction processes depend on them. Adhesive technologies can work wonders in their industrial applications, which range from meter-high wind turbines, through razor-thin touchscreens and all the way to the inner workings of our smartphones.

Mankind discovered the power of glue early on in its history. The Neanderthals, for instance, used birch tar to make tools. Over time, the effectiveness of adhesives improved and the number of possible applications grew proportionally to the emergence of new technologies.

Henkel arrived in the adhesives business by an accident of history: In reaction to the supply bottlenecks that occurred in the aftermath of the first World War, Hugo Henkel tasked his chemists with developing their own glue for sealing cartons of Persil.

We need your consent

… that Henkel is the world’s largest adhesives manufacturer?

The Adhesive Technologies business unit operates in more than 130 countries and over 800 industry segments.

… that over 300 adhesive applications can be found in a modern car?

… that a smartphone contains up to 50 Henkel applications?

Among other things, they dissipate heat and make things like touchscreens and fingerprint recognition possible.

… that Henkel runs the world’s largest adhesives factory in China?

Stretching across 150,000 square meters, the “Dragon Plant” in Shanghai has been producing adhesives for the Asian markets since it first opened in 2013.

… that a portion of the Great Wall of China was restored with adhesive technology from Henkel?

The works took six years to complete. A stone tablet was set to commemorate the project.

… that in 2015, Henkel experts reattached the beard on the death mask of Tutankhamun?

The pharaoh’s beard had broken off while it was being cleaned. Henkel specially developed a high-tech melt adhesive to fix the mask.

Its core markets include consumer goods, the automotive, manufacturing and building industries, as well as the electronics sector.

… that 6,500 technical specialists visit more than 1 million customers throughout the world each year?

They work together on solutions to make their products even better, safer and more sustainable.

For the launch of its new Loctite Hybrids, Henkel demonstrated the adhesion of the products in live events.

How the use of robots accelerates the innovation process at Henkel

Reducing the environmental footprint together

Buildings cause around 40 percent of CO2 emissions worldwide. 🏢 11 percent are generated by construction itself, the other part by the use of buildings - a major threat to #ClimateProtection. To increase the sustainable use of resources, wood will play a key role in the #ConstructionIndustry in the future. 🌳 While wood as a material is becoming more stable, load-bearing and precise, the high demands of timber construction require special adhesives. Christian Fild, Head of Global Engineered Wood at Henkel, explains how Henkel Adhesive Technologies contributes to sustainable construction with innovative #adhesive solutions for #WoodConstruction. 👇

There is a lot to explore at our headquarters in Düsseldorf 👀 In our #InspirationCenter at our headquarters in Düsseldorf, experts work on the development of our broad #AdhesiveTechnologies portfolio. As a leading partner of the #automotive industry, Henkel paves the way for electric vehicles and enables better, safer and more cost-effective battery technologies. In addition to #emobility, we also foster #sustainability in other sectors. Find out more about our #innovative adhesives solutions for the #industry. 👉 https://www.henkel.com/spotlight/2022-08-04-how-innovative-solutions-from-henkel-adhesive-technologies-are-driving-sustainability-in-the-industry-1710250?wt_mc=Facebook.g 📸 Adeel Ansari Photography

As the trend of #UrbanLiving continues to grow globally, the demand for new and innovative #UrbanAirMobility applications is also increasing. Crowded roads during rush hour not only cost us a lot of time every day, they also cause a significant increase in CO2 emissions. A solution to take us from A to B faster – while also being more environmentally friendly – could soon be the #AirTaxi. Find out how our Henkel Adhesive Technologies contribute to Urban Air Mobility below. 👇

Climate change, environmental pollution and the scarcity of resources are posing global challenges to mankind. With that, #SustainableManagement and actions are becoming the focus of attention. Henkel Adhesive Technologies plays an important role with its adhesives, sealants and functional coatings when it comes to building a #CircularEconomy and reducing the environmental footprint. With our broad portfolio, we contribute to the shift toward a sustainable industrial sector – be it #eMobility, renewable #RawMaterials or #MedicalTechnology. Learn how we are driving #sustainability in the industry in our latest spotlight story below.

Contribution to #UrbanAirMobility 🚁 Did you know that our Henkel #AdhesiveTechnologies are used in #AirTaxis? Discover how they help us to get from A to B faster – and more environmentally friendly: henkel-adhesives.com/us/en/industri… pic.twitter.com/ZKiJy8ayt7 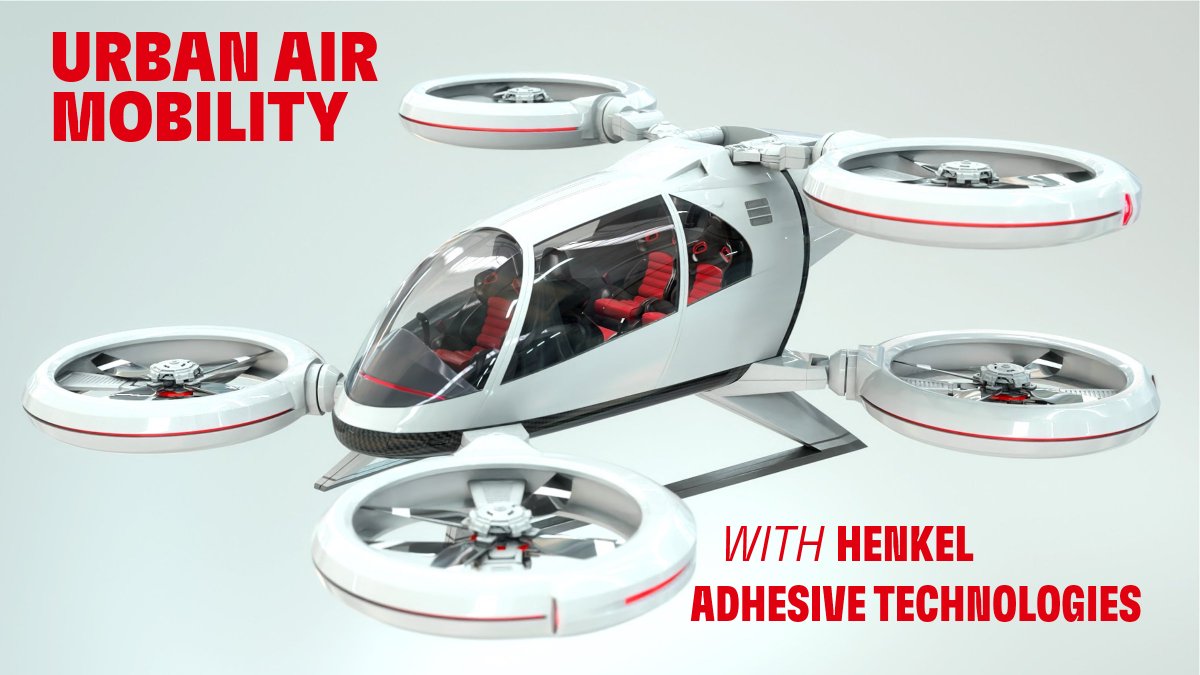 #SmartAdultCare is the future of remote elderly care. Our society is getting older and the shortage of nursing staff is increasing. How can we contribute to aging with dignity? Henkel Adhesive Technologies has a #digital solution that provides relief for both the patients and caregivers. It combines print sensors on flexible materials, such as diapers, and a smart pod attached to the diaper, to sensor changes and collect patient data. Swipe through our slide below and discover what type of data smart diapers collect and monitor. 👇

Did you know that our #Pritt glue stick was inspired by the shape of the lipstick? 💄 55 years ago, former Henkel engineer Dr. Wolfgang Dierichs saw a woman applying lipstick and the idea of Pritt was born! #Lipstickday #HenkelHistory #FunFactFriday pic.twitter.com/FiAoB0nzFy

Today is #SpaceExplorationDay 🌍🚀 Did you know that Henkel Adhesive Technologies are used in the #aerospace industry and can be found in all areas of aircraft? Whether in aircraft bodies, engines, cabin interiors, cockpits or in the areas of in-flight entertainment, guidance systems and sensors – our #AdhesiveTechnologies are on board, helping to make flights smoother, safer and more sustainable. Discover more about our adhesives in aerospace: https://lnkd.in/dqwF-shW